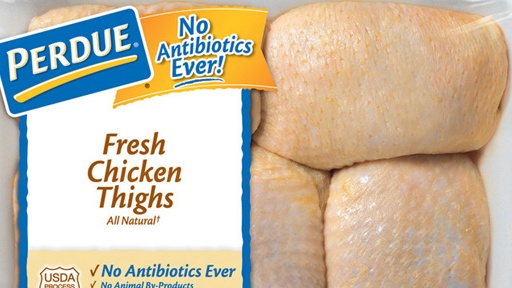 What this entails for the 98-year-old meat processor is still up in the air. However, Perdue noted that the company is considering a selection of vegan food startups as well as companies that offer both meat and plant-based protein options. While the chairman declined to identify any brands, Perdue is “exploring multiple options.”

“You can do it yourself,” Perdue continued. “You can go out and invest or acquire the experience and intellectual capital.”

We’ve got your Monday pick-me-up right here: FRuffalo Wings. Spicy + piquant, daring + bold, crispy + saucy. Check our store locator (link in bio) to find them in a frozen section near you. Heat up, then chow down. (?: @collardcowgirl)

Perdue, which was founded in 1920 by husband and wife Arthur and Pearl Perdue. It is now the third-largest producer of broiler hens, or chickens raised for meat, in the U.S., ranking behind major poultry processors Pilgrim’s Pride and Tyson Foods.

While this is the first time that Perdue has expressed interest in the burgeoning vegan food market, its competitor Tyson has already made its intentions known. In 2016, the major meat processor launched Tyson Ventures LLC., a $150 million venture capital fund created to invest in brands that could help create a more sustainable food system. The company also has a stake in the California-based vegan meat brand,  Beyond Meat, and has invested in clean meat startups Memphis Meats and Israel’s Future Meat Technologies Ltd. Last August, Tyson CEO Tom Hayes revealed that he believes investing in vegan meat is necessary in order to “capture” the rising demand for plant-based food.

Unlike Tyson and Cargill, Perdue isn’t looking to invest in the clean meat market just yet.“That’s really, really, really in its infancy and there may be an option sometime down the road,” the chairman said. “We would want to do a lot of research on how the consumer views that.”