According to a new study published in the journal PLoS ONE, perennial agriculture could be the future of food production. Providing a climate-positive, nutritious, and plentiful source of fresh and healthy food.

Lead study author Eric Toensmeier, a lecturer at Yale University, senior fellow at Project Drawdown, and author of 2016’s Carbon Farming Solution, said that increased awareness of perennial vegetables could “help to address some of the central, interlocking issues of the 21st century.”

“I hope to put some new crops in the limelight,” he continued. “Specifically trees with edible leaves such as moringa and Nopales cactus, which turned out to be some of the most nutritious leaves.”

For everyone in the world to eat a healthy portion of vegetables, global production would need to triple. Currently, around two billion people are affected by traditional malnutrition. While the Western industrial diet “produces its own set of nutritional deficiencies.” 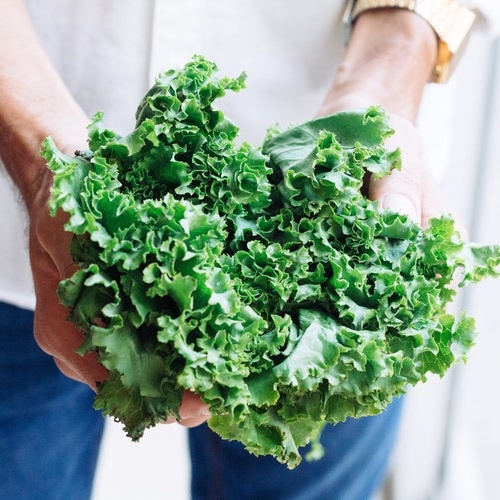 Kale and eggplant are popular, healthy vegetables that can be managed as perennials.

The new study provides a detailed analysis of 613 plant species, including both their nutritional content and ability to remove carbon from the atmosphere. Toensmeier and the other study others found 154 species with “superabundant” levels of nutrients. Twenty-three of those species were superabundant in at least four different nutrients.

While the study’s selection of perennial plants included commonplace vegetables such as kale and eggplant, these were not necessarily the most nutritious. According to the study, milkweed has eight times more vitamin C than oranges. While Southeast Asian gourd Gấc proved the most nutritionally dense overall.

Growing perennial vegetables and plants can also dramatically increase the sequestration of carbon in soil and plants. Perennials develop longer and more stabilizing roots than typical annual crops. The researchers highlight perennial roots, in particular, as a way to store carbon more effectively in the soil.