The City of Brotherly Love has at least one more vegan eatery. A vegan soul food restaurant just opened up in Philadelphia.

Previously a catering and pop-up food service, UnSoul Food now has a brick-and-mortar location in Fairmount.

Natasha Dockett, who is 29, told Eater Philadelphia she started cooking at an early age.

“Like 8 years old, I probably shouldn’t have been cooking that young,” she said. “Cooking for me was always a passion.” 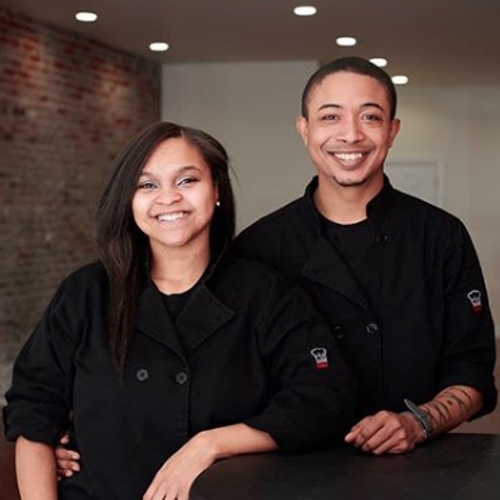 The Docketts, who went vegan six years ago, said opening the restaurant hasn’t come without struggles. After losing their jobs, they found it difficult to make ends meet.

“We ended up living in an RV. We were pretty much homeless. It was a tough time for us, but we still got married, spending the last of our money to buy our marriage license,” Natasha said. “Then life started changing. We found jobs and moved into an apartment. And then we decided to take things totally left field and went to Israel.”

After living in Israel for a few months, they came back to the states with a newfound purpose. They became food bloggers and began catering from their home kitchen under the name Sweet Potato. The business soon grew and UnSoul Food was born.

Following the success of their plant-based pop-up, the Docketts founded Philly Vegan Night Market. The weekly market featured a number of vegan vendors, as well as UnSoul Food.

“Opening a brick-and-mortar still feels surreal to us. To most people, it may have looked instantaneous, but this was years in the making,” the couple told LIVEKINDLY.

They added: “Our whole lives we haven’t ever been in charge of anything, and we weren’t raised to know how to start a business. Being homeless definitely changed us forever! Although we are blessed to have this restaurant, we still feel unworthy of a gift so great.”

The duo says they’ve received an outpouring of support from customers that frequented the vegan market.

“Our customers have been showing up to support since opening day. Every new service we see customers that used to pick-up food from our house or wait in line for us at our night market; I think they’re even more excited than we are,” they explained.

Although their brick-and-mortar is now allowed to have an outdoor dining service amid the coronavirus pandemic, the couple said they will start by serving takeout and delivery only. They plan to have outdoor dining available in a month.