The Philadelphia Eagles are the winners of this year’s Super Bowl, bringing the city its first Lombardi trophy. And the city is in full celebration mode. Everyone is getting in on the fun, including Philadelphia’s vegan donut haven, Dottie’s Donuts, which has released a celebratory donut called “Tom Brady’s Butterfinger.”

Jeff Poleon, co-owner of Dottie’s Donuts, talked to LIVEKINDLY about the new donut. “Our inspiration for this donut was Tom Brady’s performance during the super bowl.” He continued, “Additional inspiration came from the way Foles handled the ball. Watching Foles defeat Brady we knew we had to do one final super bowl themed donut. It is too SWEET of an opportunity and we couldn’t let it slip through our fingers!” 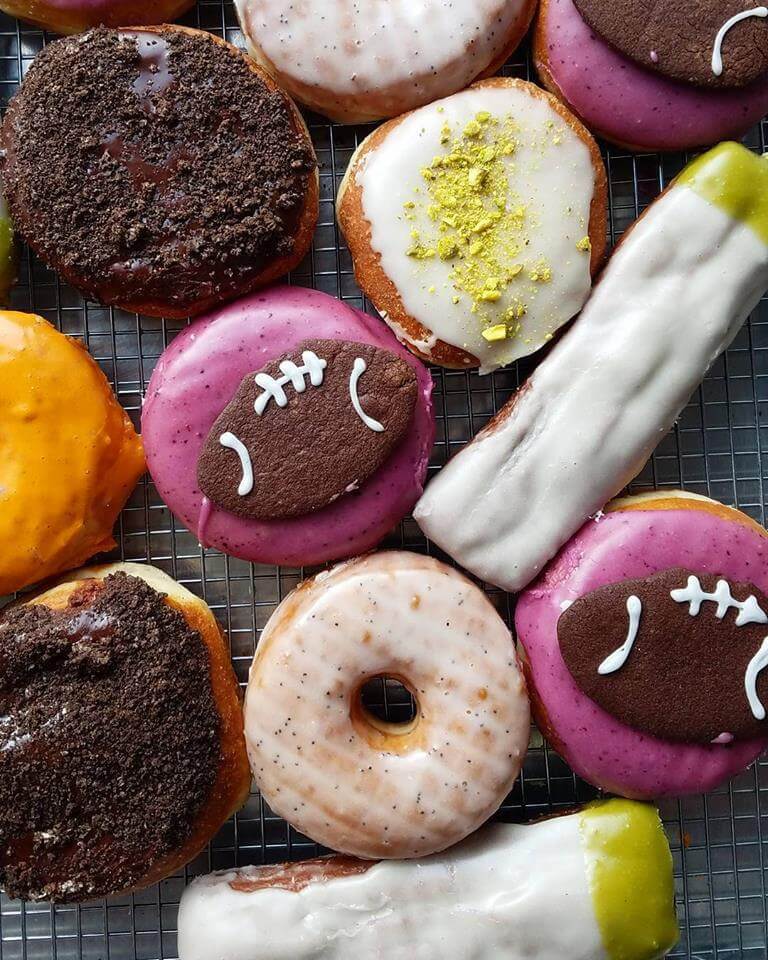 The company changes its donut flavors on a daily basis, but they plan to keep this donut around for a week while Philadelphia celebrates the Eagles’ well-earned victory.

This is good news for donut lovers and anyone with a sweet tooth. It’s not made with the traditional mik-chocolate-based Butterfingers candy-bar, but is instead made with tasty vegan products. “The donut is a yeast raised donut with our chocolate glaze dipped in a house made crumbed butterfinger candy.”

This donut won’t be around forever, so Philadelphia and adjacent vegans should be sure to head down to Dottie’s Donuts to grab one while they can. What better way to celebrate a win than with a deliciously vegan donut?