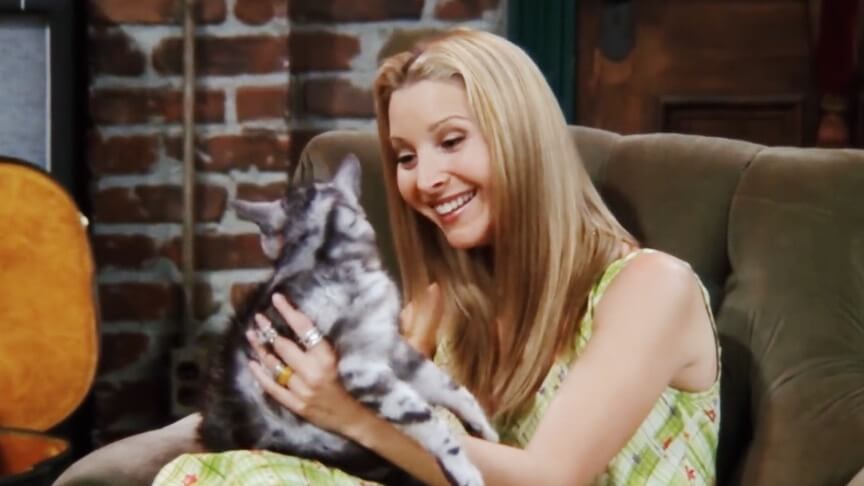 A recent Buzzfeed article mused about what iconic ’90s sitcom “Friends” might be like if it was made today. According to Buzzfeed, Chandler would be on Twitter, Joey would be sliding into people’s DMs, and plenty of storylines would evolve from the problematic (think: Ross’s issues with his and Rachel’s male nanny or the major focus on Monica’s body type) to, hopefully, something more accepting.

Phoebe — a defender of animals, the planet, and known as somewhat of a flaky vegetarian — would instead these days be a vegan Instagram influencer. Buzzfeed believes she’d use the online platform to “encourage people to be more mindful of the earth.”

We thought about this theory and collected evidence about whether this could be true.

6 Reasons Why Phoebe Could Be a Vegan

As any “Friends” fanatic would know, Phoebe was a vegetarian in the ’90s and claimed to not eat any “food with a face.” Though she wasn’t a perfect vegetarian (she ate meat when she was pregnant after Joey promised he would abstain from meat on her behalf), she was mostly all for the cause and spoke about it often.

Considering meat-free living was much more niche than compared to now, it’s not a far stretch that Phoebe would now be vegan — especially considering the number of vegans in the U.S. has gone up by 600 percent in the past three years.

2. She Loves Animals (Even Smelly Cats)

Being an animal-lover was a notable marker of Phoebe’s personality. Arguably, one of the show’s most iconic references is Phoebe’s “Smelly Cat” song. Her plotlines frequently revolve around animals such as when her mother was reincarnated as Julio the cat, or when she chatted to the chicken and the duck, or her explanation to Ross about how Rachel is his “lobster,” or when she sang, “Your love is like a giant pigeon crapping on my heart.” Truly poetic.

3. She Cares About the Environment

Phoebe’s compassion for animals extends to the environment, too. Phoebe reprimanded a woman for stubbing her cigarette out on a tree, demanding that she “apologize to the tree right now.” She also cries when flowers die and had a breakdown when watching Christmas trees get shredded.

More people than ever are ditching animal products for the environment. One in ten people who signed up for this year’s Veganuary (which was the largest ever) did so for environmental reasons. Additionally, recent research unveiled going vegan is the single biggest thing one can do to save the planet.

Phoebe hasn’t hesitated to speak out about her feelings on animal welfare. During Thanksgiving, Phoebe wished her friends a “happy Needless Turkey Murder Day.” As well as this, one of Phoebe’s many charming songs includes a thought-provoking comment on farming animals for food. In the track (which she sings to a group of children), she said, “Oh the cow in the meadow goes moo, then the farmer hits him on the head and grinds him up and that’s how we get hamburgers.”

When Joey and Chandler bought their leather armchairs, Phoebe commented, “I can’t believe two cows made the ultimate sacrifice so you guys could watch TV with your feet up.” And when she inherits a mink fur coat, she speaks out multiple times about the suffering of animals in the fur trade. “I have a perfectly fine coat that no innocent animal has suffered to make,” she told the gang. Admittedly, she does briefly become attached to the coat and wears it, however, she gives it up when she comes face to face with a squirrel.

When it comes to Phoebe, you know she’ll be there for you. Her love for people and animals alike is clear, like when she allowed wild rodents (“Bob” and “Susie”) to live in her apartment, or simply in the way she is always ready to help out her friends.

One night during a storm, Phoebe played the guitar and sings, “New York City has no power and the milk is getting sour. But to me that is not scary cause I stay away from dairy.” Could this line be foreshadowing a greater change for future-Pheebs? Only a Friends reunion could tell.