After recognising that bovine livestock are raised in stressful environments, and fed a diet of hormones, antibiotics, and sometimes unhygienic water, founder of Dr. Amy’s Organics, naturopath Dr. Amy Wiesner, decided to make her new jerky vegan. The doctor often prescribes a plant-based diet to her patients, understanding that optimal nutrition is an effective, and proactive, method of improving the health of patients.

“[The vegan jerky] is soy-free, sugar-free and wheat-free. And the eggplant is raw, which means it was dehydrated for a long time at a low temperature, so it maintains its vitamins, minerals, nutrients, and enzymes — they are not killed off by the high-temperature cooking process,” says Weisner.

“Eggplant has antioxidants, fiber, and vitamin C, and it is a healthy food that helps you get your digestive system to work properly. It’s also very filling. With the water taken out, it tends to be very chewy,” she adds. 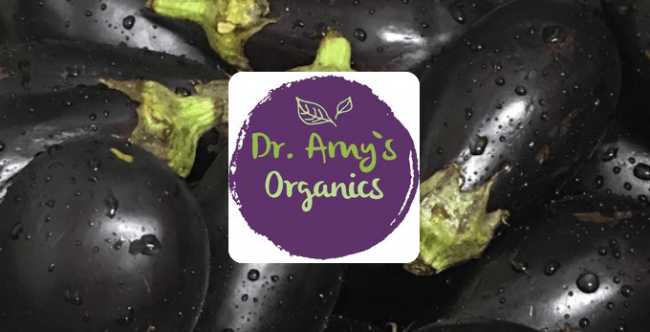 Not only does eating a vegan diet have a profoundly positive effect on farmed animals, the environment, and overall personal health, but certain plants have been found to mitigate the symptoms of some medical conditions. Where pills and lab-formulated medical intervention are usually prescribed, some modern physicians and medical professionals, such as Dr. Weisner, are helping patients through dietary intervention.

Recently, the Physicians Committee for Responsible Medicine launched a nutrition app aimed at helping patients choose healthier options. The guide addresses a number of common diseases and conditions through the lens of plant-based nutrition. Further, the US National Health Service, PCRM, and endocrinology physicians are among the many organizations that have recognised and recommended a vegan diet for patients suffering from diabetes.