We need to talk about Kevin.

Kevin the vegan pie that is, from popular UK pie chain Pieminister.

The company was created back in 2003 and they have always had veggie options, but now they’re branching out with a new vegan recipe that includes butter-free pastry. The pie experts have been working away for the best part of the year, experimenting and testing out different ingredients in order to get Kevin just right.

Pieminister said of their new creation, ‘we believe that everyone should be able to indulge in a good pie, and having nailed our gluten free and classic pastry, we thought it was high time we created a 100% plant based recipe.’ 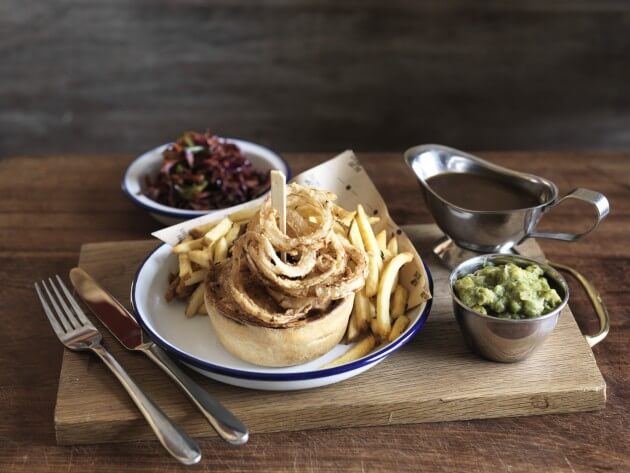 Plant based eating has taken off across the UK in recent months, with one study showing that British people now eat 50% less Beef than in 1975 and another stating that the Vegan meat market is set to grow by 25% over the next four years.

Pieminister wants to be a part of this shift in diet, they have stated, ‘as plant based eating grows in popularity in the UK, we’re hoping that this pie will not only appeal to the growing vegan community but also encourage others to give veganism a go.‘ They added, ‘we think that even the most carnivorous customers might be pleasantly surprised by Kevin.’

Coinciding with Veganuary, the new pie will be introduced on 2nd January from all Pieminister branches and will contain British chestnut mushrooms, baby onions, quinoa and thyme, all deliciously tied together with tomatoes and red wine. It will also be available to buy directly from Pieminister online, as well as from selected Waitrose stores and through online supermarket Ocado.