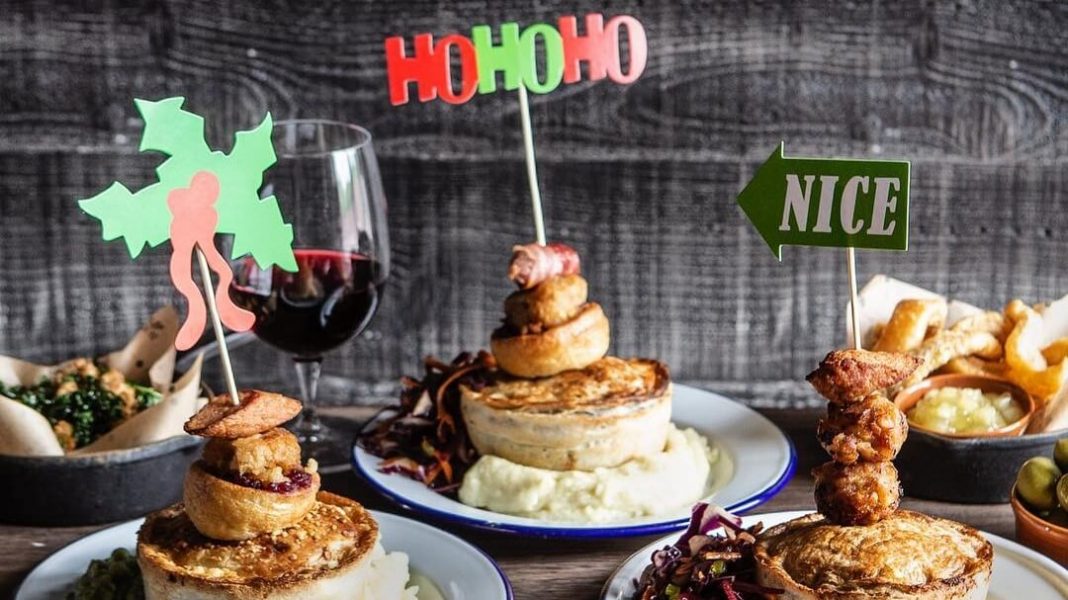 Named Chooks Away!, but also referred to as Deep & Crisp & Vegan on the Christmas lunch menu, the festive plant-based pie features creamy vegan “turkey” with celeriac, smoked garlic, and sherry.

Along with this new pie, consumers can enjoy Pieminister’s other vegan-friendly Christmas lunch specials, including spicy fried cauliflower, and the “Vegan Stick,” which features a stuffing ball, sweet chili, and sesame glazed veggie sausages, and cranberry sauce.

According to Vegan Food and Living, Dominika Piasecka, Media & PR Officer at The Vegan Society, stressed that Chooks Away! can be enjoyed by everyone this Christmas.

“Retailers should remember that vegan products are not exclusively for vegans; in fact, they’re suitable for most diets and religions, and often constitute a safe food option for all,” she said. “Offering vegan options opens up a potential market to not only half a million vegans in Britain, but also to a million more vegetarians, the huge number of meat and dairy reducers, the lactose intolerant, and others who simply enjoy vegan food from time to time.”

She added, “We are delighted to register Pieminister’s vegan pies with our Vegan Trademark. The move shows just how much the demand for plant-based food has grown.”

Last year Pieminister released its first-ever vegan pie, simply named “Kevin.” At the time, Pieminister said of its new mushroom and red wine based creation, “we think that even the most carnivorous customers might be pleasantly surprised by Kevin.”

The company added that its vegan pie reflected demand, saying, “as plant-based eating grows in popularity in the UK, we’re hoping that this pie will not only appeal to the growing vegan community but also encourage others to give veganism a go.”

Like Pieminister, popular British pizza chain Pizza Express has noted the demand for festive vegan options, including a plant-based Mushroom and Pine Nut Pizza on its new Christmas menu.