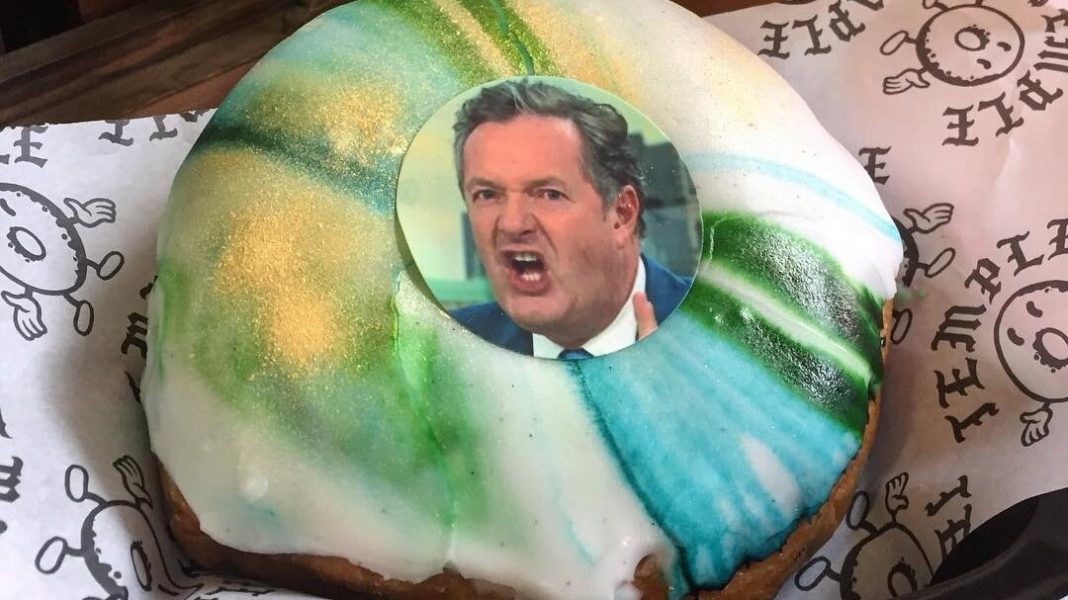 Leeds coffee shop Temple Coffee & Donuts recently launched a vegan doughnut with Piers Morgan’s angry face on it. The idea behind the new dessert was to change the presenter’s distaste for vegan food (and the onslaught of press coverage on the matter) into “something positive.”

The TV presenter was outraged by the release, Tweeting “Nobody was waiting for a vegan bloody sausage, you PC-ravaged clowns.” He then proceeded to “throw up” the plant-based pastry after trying it on Good Morning Britain, which he co-hosts with Susanna Reid. Reid claimed the roll was “delicious.”

After its launch in 950 stores, the Greggs vegan sausage roll sold out across the country, with many customers claiming it was tastier than the original. In response to demand, Greggs will now roll out the new meat-free item in all 1,800 stores.

After witnessing the media coverage of Morgan’s Tweet and “throwing up” incident, Temple co-owners Nadine Oxley and Simon Erl saw the opportunity for something good.

“We thought it was ridiculous the amount of press that was given to someone for not liking a sausage roll,”  Oxley and Erl told the Yorkshire Evening Post.

“Vegan or not it’s such a waste of valuable media coverage when [there are] so [many] more important things going on in the world,” they added. “We thought seeing as he’s caused such a stir over something so stupid that we would try and flip the negative and turn it into a positive if we could.”

All money raised from the Morgan-themed vegan doughnuts – available for one day on Saturday, January 19 – was donated to the children’s charity Unicef.

The pair added in an Instagram post, “We don’t know about you, but we find it very sad that crying about sausage rolls takes the focus off the real tragedies that are happening in the world.”

“So on Saturday we are selling the Piers VEGAN donut as a charity donut – ALL of the money will go to [Unicef UK],” they added. “Let’s eat his stupid face and remember what’s important.” 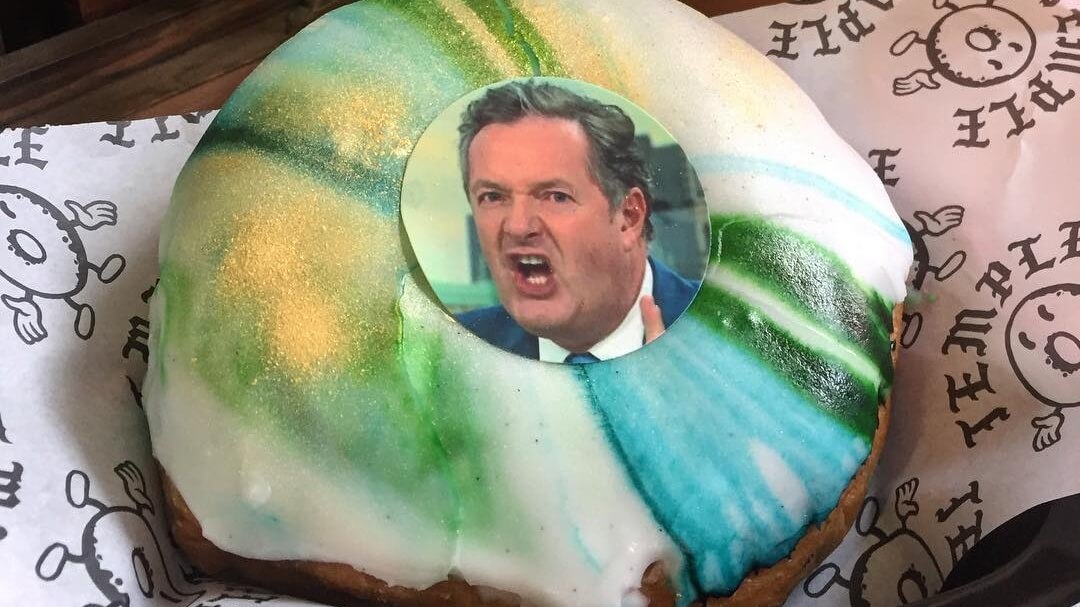