Like many people in quarantine right now, Pink has taken up baking. Due to her three-year-old son Jameson’s food allergies, the singer recently made a gluten-free vegan cherry tart.

Pink uploaded a video to Instagram describing the recipe she made for Jameson—her son with husband Carey Hart.

“I wanted to share with you a vegan, gluten-free, egg-free cherry tart recipe because my dear boy Jame-o has, turns out, pretty bad food allergies, which we were able to find out in some of the blood testing that we had to do recently because of COVID,” she said.

Pink said her son is allergic to wheat, dairy, and eggs.

“At one point when he started throwing up and saying he had chest pains and it hurt to breathe, that’s the point where you just kind of like: ‘OK, are we going to the hospital? What are we doing right now?’” she said during an episode of The Ellen DeGeneres Show last month.

She added: “Because this is the scariest thing I’ve ever, ever been through in my whole life.” 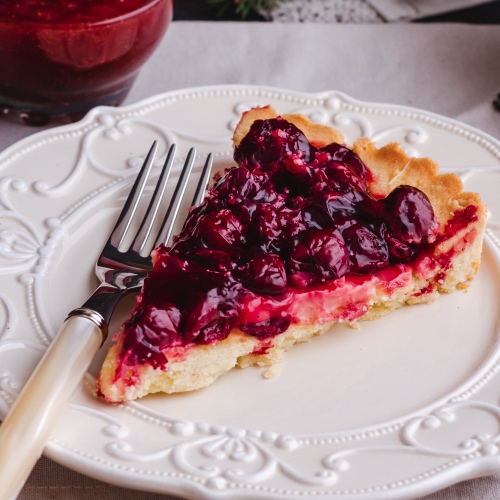 Pink baked a vegan cherry tart for her son, who has food allergies, during quarantine.

The singer said her vegan cherry tart recipe included cherries that were picked from a cherry tree the family has in their yard.

While Pink isn’t vegan, she eats a lot of plant-based foods. She once told Fitness Magazine: “I try to eat really healthy most of the time. When I’m not on tour, I’ve done the vegan thing, although I sometimes eat chicken and fish.”

She also avoids wearing animal-based materials, including leather, fur, and wool. The singer once appeared in a video for animal rights organization People for the Ethical Treatment of Animals, speaking out against the wool trade.

In the video, which was recently shared again by singer Bille Eilish, Pink said: “sadly, like any industry that uses animals, the wool trade uses methods so sadistic that it makes you consider clearing your closet of any animal products.”