The meatless pizzas will be available at five locations for a limited time. The trial makes Pizza Hut the first international pizza chain in Puerto Rico to offer a plant-based meat topping.

“We’re excited to take this next step in our partnership with Yum! Brands to offer a plant-based sausage option at an iconic brand like Pizza Hut in Puerto Rico,” Chuck Muth, Beyond Meat’s Chief Growth Officer, said in a statement.

“Following successful tests with KFC in the U.S. and China, we’re proud to partner with Pizza Hut in Puerto Rico to introduce local consumers to the delicious taste of Beyond Meat, and further our goal of increasing accessibility to plant-based meat globally,” he added. 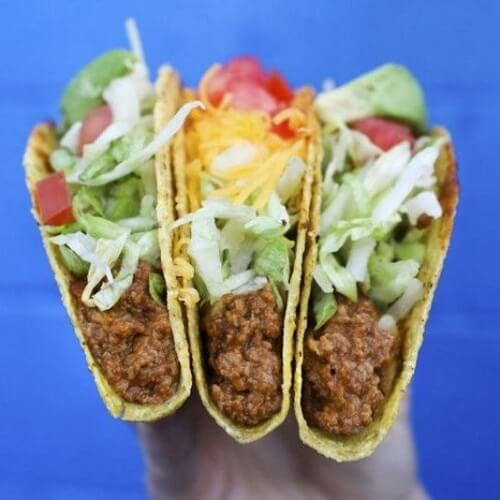 In May, Taco Bell, KFC, and Pizza Hut in China revealed new partnerships with Beyond Meat.

Yum! Brand Foods—the parent company to Taco Bell, KFC, and Pizza Hut—unveiled the details of the expansion in a press release. The three chains tested Beyond Meat’s plant-based burger for a limited time in June.

KFC offered the Beyond Burger for three days at five locations in Beijing, Chengdu, Hangzhou, and Shanghai. Pizza Hut launched its first-ever Beyond Burger option by testing it as part of a flexitarian combo set. It was available at six stores in Shanghai.

And Taco Bell launched a taco made with the Beyond Burger patty at three stores, also in Shanghai. The tacos were an update to the Mexican-inspired chain’s classic recipe, featuring black beans, vegetables, and chipotle.

In April, Beyond Meat made its debut in China. International coffee chain Starbucks added five of Beyond Meat’s meatless products to its lunch menu. The vegan meat is part of the new “GOOD GOOD” menu, which is featured in three pasta and lasagna dishes. It is available in more than 3,000 Starbucks China locations.