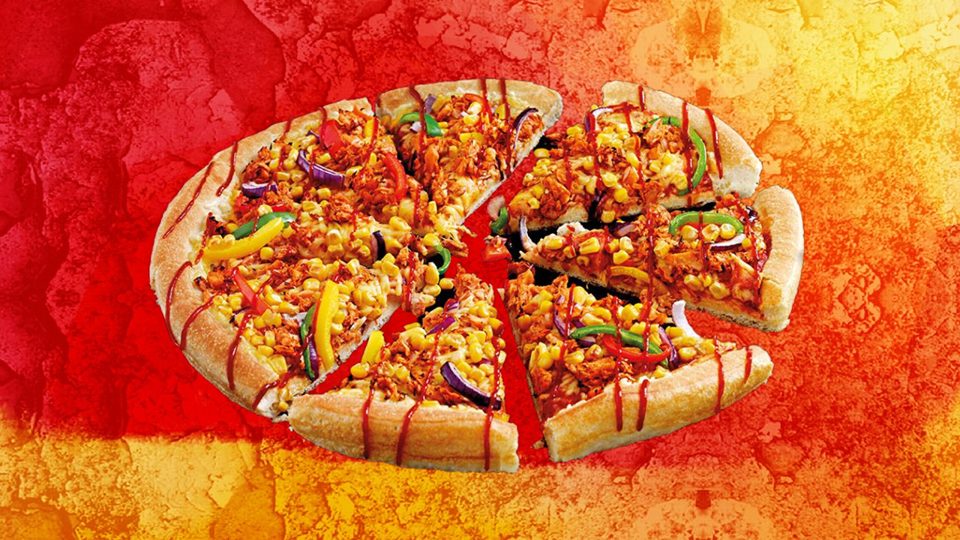 Pizza Hut UK has announced that its new vegan jackfruit pizza will be a permanent fixture on its menu – and the chain hinted at adding even more animal-free options to the menu.

To celebrate Veganuary – the month-long pledge to go vegan for January – Pizza Hut added the vegan jackfruit pizza, called the Jack ‘n’ Ch**se, to the menu of all 253 UK restaurants. The pizza features a tomato base and Violife’s award-winning dairy-free cheese, plus sweetcorn, red onion, peppers, BBQ jackfruit, and a BBQ drizzle. It’s available on Pan, All American Thin, and Gluten Free bases. Diners can also choose from 15 vegan toppings if they would like to customize their dish.

The pizza will be available throughout January, but the chain teased that it could potentially become a permanent menu item 10,000 vegan pizzas were sold during Veganuary, with progress tracked on Pizza Hut’s “Vegan-O-Meter.” And it seems that pizza lovers in the UK are in for a treat, as they have helped the chain exceed its target.

“THE TARGET HAS BEEN HIT! So far, a whopping 17,700 of you have taken part in Veganuary with us,” Pizza Hut wrote in an update yesterday. “SO, not only will our Vegan Jack ‘N’ Ch**se Pizza be back in March as a permanent menu item, we might have a little something extra lined up too.”

The launch of the pizza was inspired by upped demand for plant-based food. Kathryn Austin, Director of HR and Marketing at Pizza Hut, said in a statement, “Following the overwhelmingly positive feedback and awards we’ve won for our initial vegan range in 2017, we’ve responded to demand with a third vegan Pizza. We’re confident the Jack ‘n’ Ch**se Pizza will be just as warmly received!”

She continued, “We love innovating and giving our guests as much choice as possible and if this is as successful as we expect it to be, we’ll keep it on the menu for the foreseeable future.”

The Vegan Jack ‘n’ Ch**se pizza costs £11.29 and will be available throughout January. It will be added to the menu permanently in March.