The fast-food chain also welcomed Quorn’s meat-free Southern Fried Nuggets. For dessert, Pizza Hut now has the “I Can’t Believe It’s Not Cheesecake,” a vegan cheesecake with biscuits and caramel. 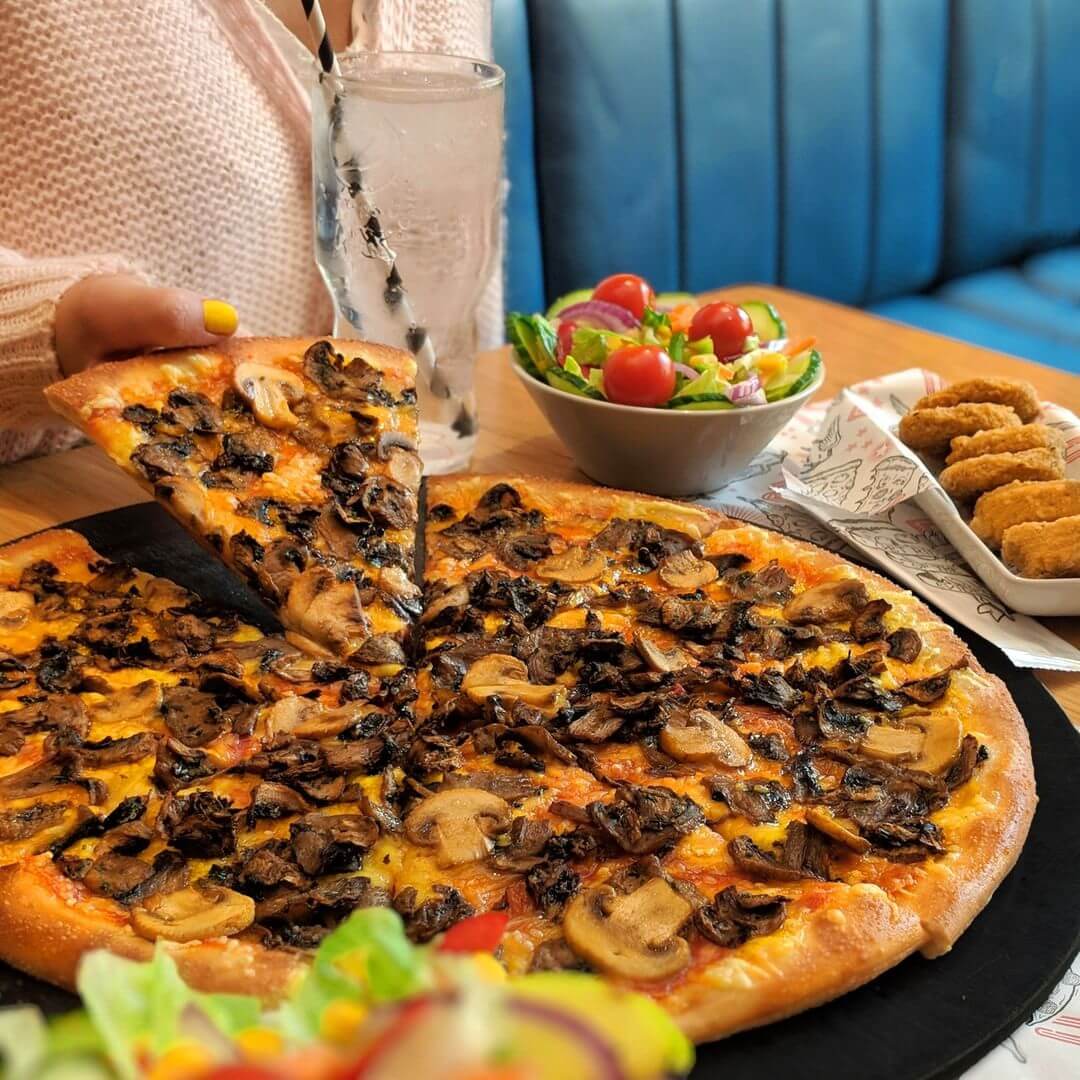 Pizza Hut first experimented with vegan food in 2017 when it trialed a cheesy plant-based pizza. Positive feedback and the public’s growing interest in meat-free food motivated the chain to test another pizza in January 2019. The Jack ‘n’ Ch**se — which features sweetcorn, red onion, peppers, BBQ jackfruit, and dairy-free cheese — was offered for one month to celebrate Veganuary. The chain said if it sold 10,000 vegan pizzas during the month, it would keep the item on the menu.

The vegan pizza was ordered 17,700 times. “So, not only will our Vegan Jack ‘N’ Ch**se Pizza be back in March as a permanent menu item, we might have a little something extra lined up too,” Pizza Hut said at the time.

“We believe everyone should be able to share good times and enjoy a mutual love for pizza,” Pizza Hut chief marketing officer Chet Patel said to news.com.au. “We’ve been doing it for almost 50 years, so instead of calling those who choose to be vegan out, we’re calling them in. From today, no matter what preference, we welcome everyone in as a ‘Pizzatarian.'”