Plant-based athlete Lewis Hamilton is on the lookout for a vegan chef to work for him.

The four-time Formula One race car driver took to his Instagram story yesterday, calling upon his followers for suggestions. “I’m looking for a vegan chef to come work for me,” Hamilton wrote. “If you are one or know of one please dm me.”

After receiving what must have been an overwhelmingly positive response, Hamilton quickly followed up with “wow I never knew there were so many vegan chefs out there.”

Last year, Hamilton revealed via Snapchat that he was on a “mission” to go vegan for his health, animals, and the planet, stating that he planned to watch “What the Health” later in the day. The documentary no doubt had an impact on the athlete and in an interview with CNN, he spoke about how his health had improved: “I do feel the best I’ve ever felt in my life, in my 32 years, physically.”

Despite the social challenges that many face from friends and family when trying to go vegan, Hamilton remained resolute in his decision, stating that “I can’t imagine going back.” Since choosing to go plant-based, Hamilton went on to win the U.S. Grand Prix followed by the Formula One championship. 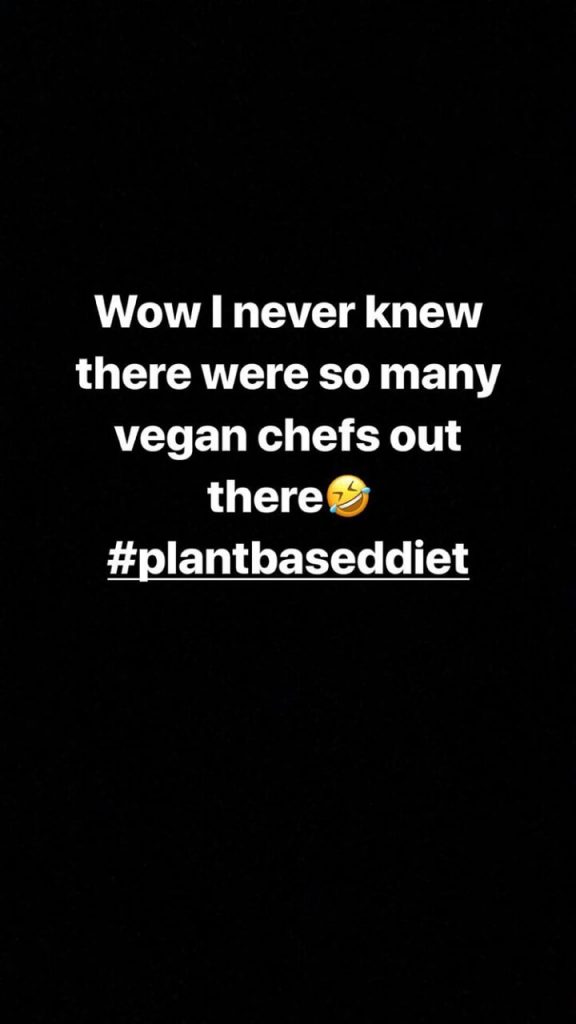 Lewis Hamilton is not the only athlete to go plant-based nor is he alone in seeing improvements to his health and athletic performance. Several members of NFL team the Tennesse Titans have joined teammate Derrick Morgan in eating vegan after noticing the lunches prepared by his wife, chef Charity Morgan. Morgan now prepares vegan meals for a handful of her husband’s teammates.

Vegan NBA player Kyrie Irving inspired several other players to go vegan in order to improve their athletic performance and he recently starred in a commercial for Nike in which  he credits his performance to a “plant-based diet.” Fifty-one-year-old ultra-endurance athlete Rich Roll was named “fittest vegan” by Men’s Health earlier this week. Roll did not enter the world of ultra-endurance athletics until after going vegan years ago following a health scare and claims that the transition “revitalized” him in a “very profound way.”