If you love to cook, there is nothing more satisfying than paging through a cookbook and dog-earing the recipes you want to make. And with so many plant-based cookbooks available today, there is no reason that vegans can’t enjoy this ritual, too.

Here are 10 of the best plant-based cookbooks from some of the top plant-based foodies around the world — spanning skill levels and cuisines. From Indian to Japanese to Italian, there is something for everyone.

The 10 Plant-Based Cookbooks You Need In Your Kitchen Now 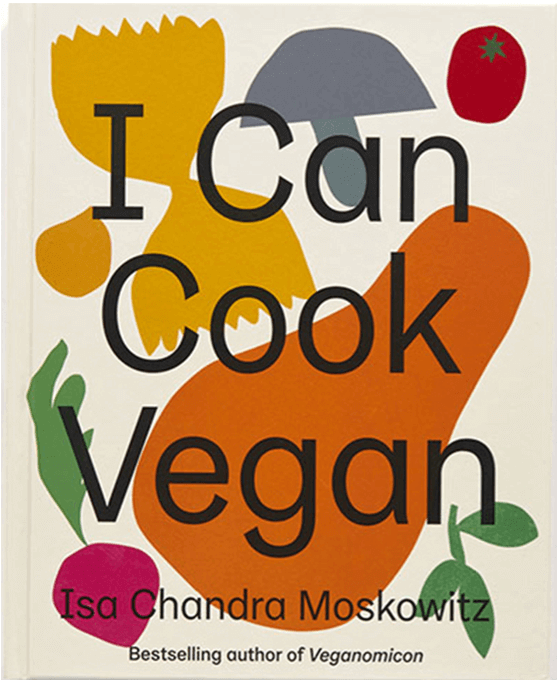 If you’re new to plant-based cooking, try I Can Cook Vegan.

1. I Can Cook Vegan, by Isa Chandra Moskowitz

The Isa Chandra Moskowitz oeuvre is a great place to start for any plant-based home cook. Moskowitz made her name hosting the vegan cooking show, The Post Punk Kitchen on NYC public access TV in 2002. The show only aired for a couple of years (find old episodes on YouTube), but it launched Moskowitz’s prodigious cookbook career. She also runs two restaurants, NBD. I Can Cook Vegan is her latest cookbook and it’s geared towards anyone new to plant-based cooking. Crowd-pleasing recipes, like broccoli mac ‘n cheese, are easy to follow and she pledges accessibility for the busy weeknight cut. 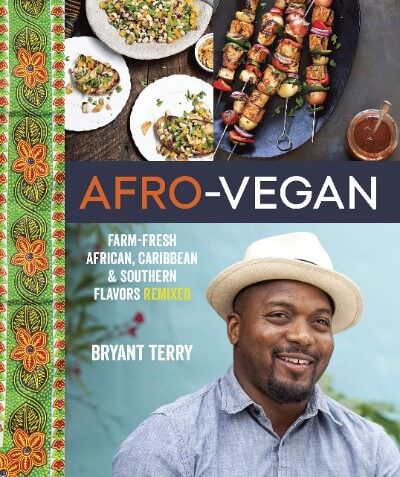 Bryan Terry is a powerhouse: he’s a James Beard Award-winning chef, a food justice advocate, chef-in-residence at the Museum of the African Diaspora in San Francisco, and he regularly appears as a talking head on TV and film. Somehow he manages to be a prolific cookbook author as well. His 2014 cookbook Afro-Vegan introduces home cooks to plant-based meals of the African Diaspora, in particular the Caribbean and the South. With recipes like tofu po’boys with creamy red bell pepper sauce and curried scalloped potatoes with coconut milk, you won’t know where to start. He also has a new book out, Vegetable Kingdom, which is as majestic as it sounds. 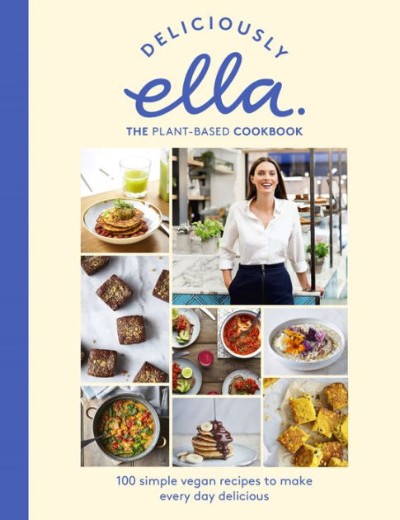 Better known as Deliciously Ella — her blog and business’s name—29-year-old Ella Woodward Mills is growing a plant-based empire. She is the author of several cookbooks; sells a line of desserts, snacks and frozen meals; and operates a deli in London’s tony Mayfair neighborhood. Deliciously Ella The Plant-Based Cookbook highlights the most popular from her deli and pop-ups. Her whole baked cauliflower with spices is delicious and simple (I make it all the time), and her extensive recipes for stews and soups could keep you busy all winter. If you really want to jump on board the Deliciously Ella train, IMHO her subscription app featuring recipes, yoga workouts, and meditation, is well worth the couple bucks a month! 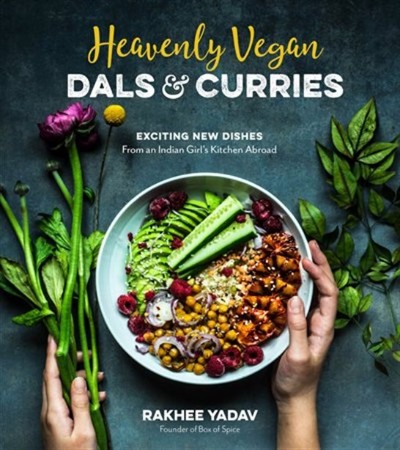 India has a rich tradition of plant-based foods. Food photographer Rakhee Yadav gathers a delicious array in her cookbook Heavenly Vegan Dals and Curries. Born in India but living in The Netherlands, Yadav is the blogger behind Box of Spice, which features both vegan and vegetarian dishes. You’ll be earmarking recipes in her cookbook like spicy coconut plantain soybean curry and baked sweet potato stuffed with chana masala lentils and cashew cream. The blog and her Instagram by the same name have some of the most stunning photographs of ingredients and dishes that you’ve ever seen. 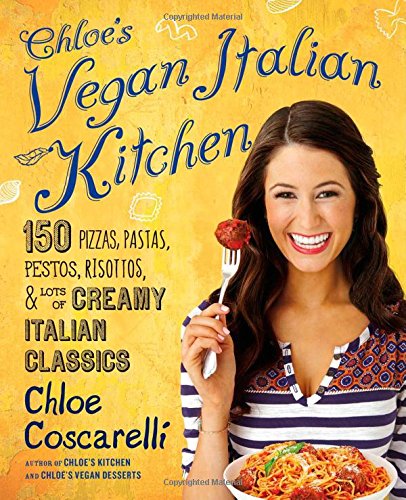 Nowadays you’ll find her making plant-based dishes on a little program called the TODAY show. But Chloe Coscarelli launched into the public eye as the winner of Cupcake Wars—making her the first vegan chef to win a Food Network show. So she’s no slouch in the vegan sweets department, obviously, but she’s making our list for her cookbook veganizing Italian recipes. Her 2014 cookbook Chloe’s Vegan Italian Kitchen shows how to make plant-based Italian classics, like spaghetti and meatballs, lasagna Bolognese, and gelato. If you like what you see, Coscarelli has authored plenty of other vegan cookbooks to cook your way through. 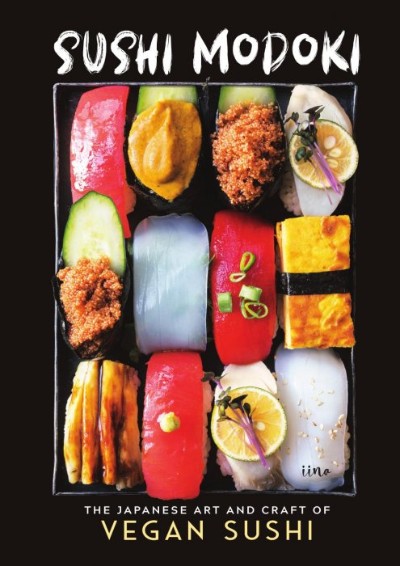 6. Sushi Modoki: The Japanese Art and Craft of Vegan Sushi, by By Iina

If you thought vegan sushi meant a lifetime of only eating avocado rolls, think again. The 2019 cookbook Sushi Modoki by Japanese chef Iina shows how to diversify sushi with some plant-based tweaks. (“Modoki” is a Japanese word for “to mimic.”) Her recipes teach you how to recreate “scallops” through mushrooms and “fatty tuna” through tomatoes, as well as sauces and pickled vegetables. A little newspaper called the New York Times praised her recipes, calling them “well worth the time and patience they require.” 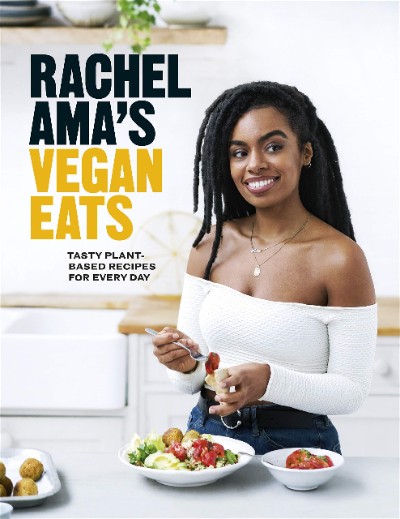 This is Rachel Ama’s first cookbook.

Rachel Ama’s YouTube channel will have you glued to videos like “Vegan & Pregnant in Lockdown” — no wonder this young Brit has half a million subscribers! After launching the channel in 2017, she parlayed her popularity into her first cookbook, Rachel Ama’s Vegan Eats, in 2019. Her recipes offer plant-based options for some classic British dishes, like beer-battered aubergine and chips (aka fish and chips). Ama also draws upon her St. Lucian and Sierra Leonean heritage with recipes for Caribbean dumplings, African peanut stew, and a dizzying array of jerk sauces, BBQ sauces and ketchups. Plus, will a song suggestion alongside each recipe, you’ll have something to listen to while you cook! 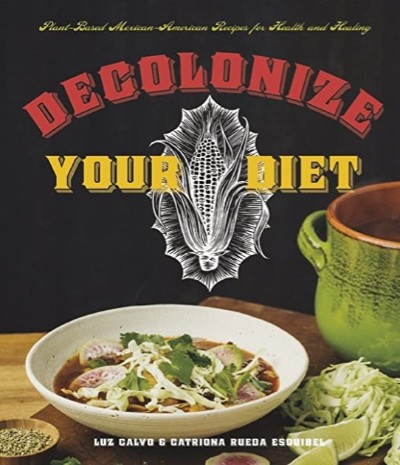 Luz Calvo and Catirona Rueda Esquibel are Chicanxs, partners, professors and run a small urban farm in Oakland, California. As students of Mesoamerican cuisine, they have co-authored Decolonize Your Diet, which seeks to foreground heritage foods from Latin America and has won the praise of fellow food justice advocate Bryant Terry. Recipes include nopales (cacti) salad; chileatole (green chili soup); amaranth pancakes; and dozens more dishes. Decolonize Your Diet is an excellent resource for those just beginning to explore colonization of diets, reclaiming histories, and healing contemporary illnesses with traditional dishes. 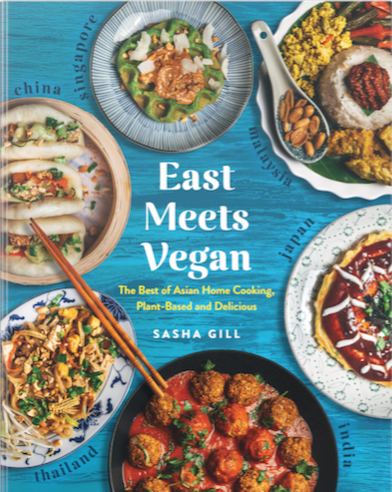 East Meets Vegan will show you how to create vegan meals from across Asia.

Originally from Singapore, Sasha Gill is a med student at the University of Oxford who somehow managed to publish a vegan cookbook in between, you know, being in med school. In East Meets Vegan, she takes a broad look at Asian cooking and shows home chefs how to create plant-based meals in sections devoted to India; Singapore and Malaysia; China; and Japan. Her recipe for vegan “butter chicken,” an Indian staple, looks delicious, as does her creamy spinach curry with crispy tofu. Check out her blog The Sasha Diaries for even more plant-based recipes. 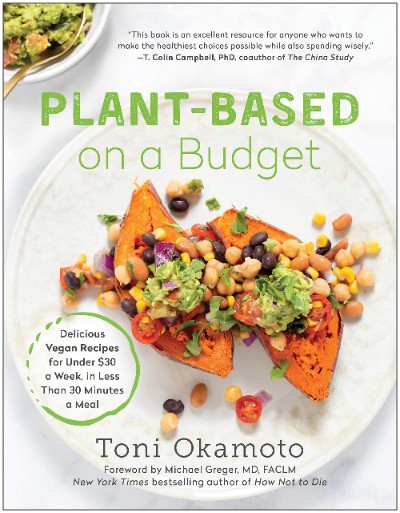 Plant-Based On a Budget will show you how to cook vegan without breaking the bank.

10. Plant-Based on a Budget: Delicious Vegan Recipes Under $30 a Week, in Less Than 30 Minutes a Meal, by Toni Okamoto

Toni Okamoto cut fast food out of her diet in high school and transitioned to a plant-based diet in college. She hoped to encourage her Japanese and Mexican family to eat healthier as well. But they thought that eating healthier foods must be more expensive — and voila, her blog Plant-Based on a Budget was born. It features recipes, free meal plans and lots of resources for making the transition. In 2019 she published her Plant-Based on a Budget cookbook, which explains how to make plant-based dishes, like jackfruit carnita tacos or banana zucchini pancakes, when you’re living that paycheck-to-paycheck life. She shares great tips on how to shop in bulk bins, stock up on frozen veggies, and other money-saving tips. Eating well on a plant-based diet never felt so easy.