A growing body of evidence indicates that a healthy plant-based diet can positively impact certain autoimmune diseases. In many cases, individuals report a significant reduction—or even total reversal—of autoimmune disease symptoms when they cut out meat and dairy.

Autoimmune diseases are chronic illnesses that occur when healthy cells are destroyed by the body’s own immune system. There are more than eighty different types of autoimmune diseases, including type 1 diabetes, coeliac disease, lupus, psoriasis, and rheumatoid arthritis.

Some studies, including YorkTest Laboratories 2017 survey, specifically highlighted animal products such as eggs and milk as aggravators of arthritis symptoms. According to a study published by the National Center for Biotechnology Information, accumulating scientific evidence supports the health benefits of a vegetarian diet.

“Both vegetarian and vegan diets typically emphasize vegetables, fruits, grains, legumes, and nuts,” says the study. “These results suggest that a vegan diet, with a high intake of fruits and vegetables and the elimination of animal products, could protect against the development of autoimmune conditions.”

“In contrast, diets high in animal products and low in fiber might increase the risk of developing these autoimmune conditions,” adds the study.

In general, red and processed meat consumption is increasingly linked to chronic health conditions such as cardiovascular disease, cancer, and diabetes. And consumers are turning to plant-based alternatives as a healthier option for themselves, the animals, and the planet. Plant-based whole foods are widely considered some of the most healthy. 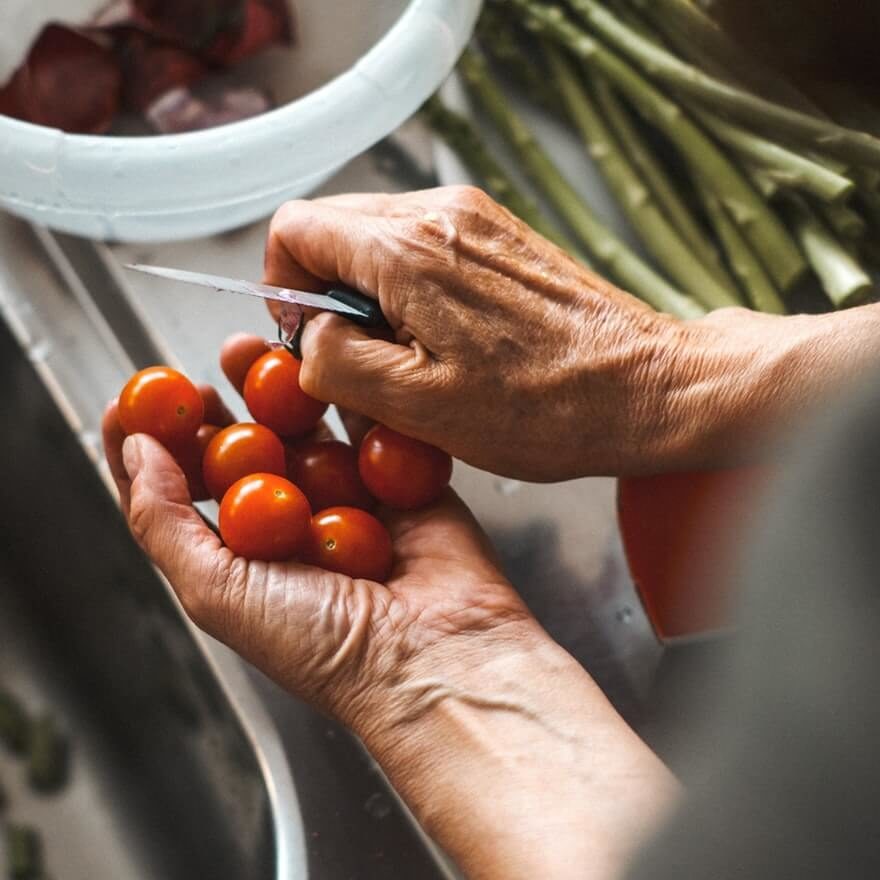 Some people reported a significant reduction in their rheumatoid arthritis symptoms after adopting a plant-based diet.

According to a review published in the scientific journal Frontiers in Nutrition, a plant-based diet can help alleviate the symptoms of rheumatoid arthritis. The review suggests that changes in diet “might play an important role in RA management and remission.”

“Although some of the trigger foods in RA patients are individualized,” explains the review. “A vegan diet helps improve symptoms by eliminating many of these foods.” However, the study also notes that “further research is needed to test the effectiveness of plant-based diets.” Specifically how it impacts joint pain, inflammation, and the general quality of life in patients with RA.

Review co-author Dr. Neal Barnard is also the founding president of the Physicians Committee for Responsible Medicine (PCRM), a plant-based advocacy group. And according to PCRM, a plant-based diet is effective in the reduction of arthritis symptoms in several ways.

“A plant-based diet comprised of fruits, vegetables, grains, and legumes may be tremendously helpful for those with rheumatoid arthritis,” says Kahleova. “This study offers hope that with a simple menu change, joint pain, swelling, and other painful symptoms may improve or even disappear.” 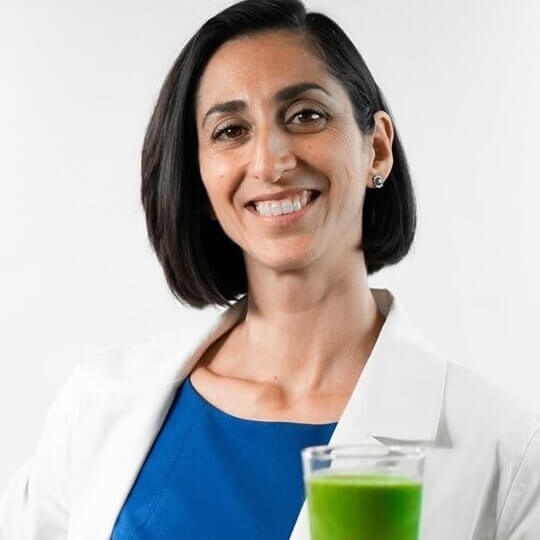 Lupus is a long-term autoimmune disease with symptoms including inflammation and swelling. As with other autoimmune conditions, it occurs when the body’s immune system targets healthy tissue. It can also cause damage to a person’s joints, skin, and organs. As with rheumatoid arthritis, many of those with experience of lupus promote a plant-based diet to help alleviate symptoms.

Brooke Goldner, MD, is the bestselling author of “Goodbye Autoimmune Disease and Goodbye Lupus” (2015). The now-celebrity doctor says that switching to a plant-based diet actually reversed her lupus diagnosis. She staunchly advocates for a plant-based diet and has inspired others to treat ongoing health conditions by changing their lifestyle.

One person inspired by Goldner is the Australian writer and model Robyn Lawley, who recently announced that her lupus has improved to the point that she no longer needs medication. Lawley said that going vegan and following Goldner’s anti-inflammatory diet has helped her improve her condition.

“I’m no doctor but this is what’s happening in my life,” explained Lawley on Instagram. “After being vegan for almost a year I’m just beyond happy that it’s helping me.”

The Grammy-award winning singer Toni Braxton is also transitioning to a plant-based diet to help manage the symptoms of lupus. She recently told the healthy lifestyle magazine Prevention: “I’m becoming plant-based. I’m in the process. But I’m going fully plant-based. It’s making me feel better, so there is some truth to it.”

Those diagnosed with lupus are generally encouraged to avoid foods that can cause inflammation. Some animal products—and dairy items, in particular—are linked to increased inflammation. Conversely, research suggests that plant-based alternatives can help to reduce inflammation and swelling. 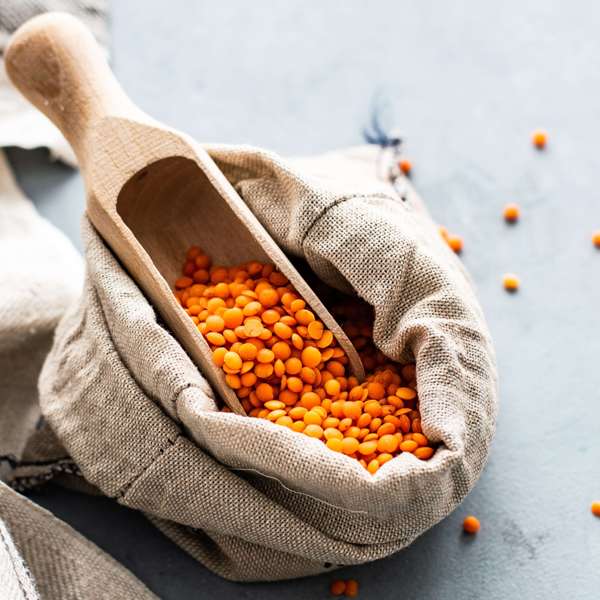 Beans and lentils are high in fiber and protein and low in fat.

Multiple sclerosis (MS) is a lifelong condition, the symptoms of which can range from serious to mild. In the case of MS, the immune system destroys myelin—the fatty coating surrounding nerve fibers in the brain and spine. The primary symptom of MS is fatigue. But other potential symptoms include problems with vision and movement.

Saray Stancic, MD, says that adopting a plant-based diet helped her treat her own MS. After nearly a decade of other treatment, Stancic was dependent on a walking stick and several medicines that caused difficult side effects. Adopting a plant-based diet had such a positive impact on her that she founded Stancic Health and Wellness in 2012, to help others treat chronic disease holistically.

According to PCRM, there are several studies that indicate adopting a diet low in saturated fat may play a key role in MS management. Nutritionfacts.org, a plant-based advocacy group founded by Dr. Michael Greger M.D., echos this belief. Roy Swank, an academic neurologist, first proposed a low-saturated-fat diet for the treatment of MS in 1949.

According to Nutritionfacts, one study reported 95 percent of patients with early-stage MS experienced no progression in their disease 34 years after adopting a low saturated fat, meat, and dairy restricted diet. Some patients, who already displayed advanced symptoms, also experienced significant benefits from adopting the diet.

The Irish author, public speaker, and vegan athlete Conor Devine is also vocal about the benefits of a plant-based diet for MS. In 2018, Devine spoke to LIVEKINDLY about how he overcame his MS symptoms and became a plant-powered athlete.

“I have intermittent MS symptoms every day. But since I went plant-based my health has improved substantially,” he said. While others also support the benefits of a plant-based diet, Devine noted that his positive experience was personal to him.