Just when you thought plants couldn’t get any more incredible, now they can generate electricity too.

Researchers have developed a new method which involves interrupting the photosynthesis process and redirecting electrons before the plants begin making sugars.

This discovery could be huge, since plant function at 100% efficiency during the process of photosynthesis (every single photon derived from sunlight is converted to electron) – this could be our solution to a fully effective and clean electricity source. 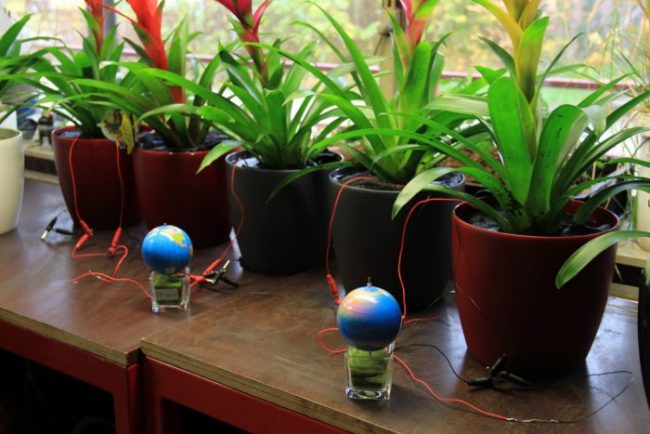 Most solar cells in use presently perform at only 12-17% efficiency. This new technology can make huge difference to solar power generation.

The technology allowing for this was first patented by the Wageningen University in Netherlands as early as 2007, but was taken over by the company Plant-e in 2009, who began commercialising the technology as it advanced.

As a successful proof of their technological concept, Plant-e have created a globe which rotates on the energy that is generated by an accompanying bromeliad plant.

A 50,000 Euros grant was given to Plant-e by local governments in order to work on generating electricity from wet greenlands. The potential of this technology is to produce 280,000kWh /year from one hectare, which would be enough for approximately 80 homes. The developers are hopeful of producing a large amount of electricity with the tubular system, from mangroves, peat land, deltas and rice paddy fields.

And, not only is this technology insanely cool, it is produced without any harm to the environment. The future is looking green.