Zoe Lloyds, budding entrepreneur and CEO of Zoni Foods, is looking to make being healthier much easier. Lloyd, along with fellow Yale student Nilofer Ahmed, came up with the idea to provide no fuss, no mess, plant-based meal kits that everyone can afford and enjoy.

Lloyd and Ahmed were inspired by the popularity of fresh food kits delivered to people’s doors. These kits provide the customer with fresh ingredients, all measured out, and recipes so that you can knock up a delicious, healthy meal in your own home without having to take a trip to the store. The downfall of these kits is that they’re often not as simple as they seem and they can leave your kitchen in a real mess, says Lloyd. 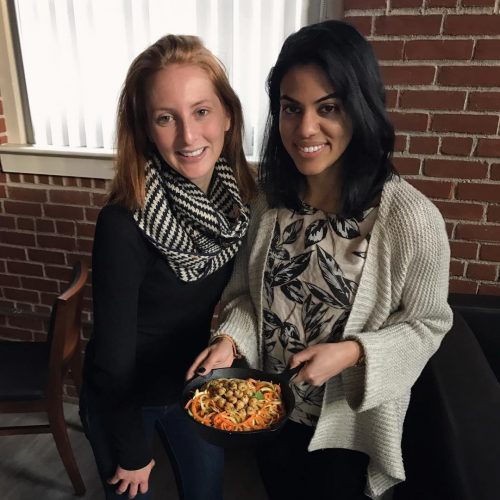 Not only that, but many people have really busy schedules and often the fresh veggies go off before they get used up. Lloyd herself feels uncomfortable with wasting perfectly good food just due to lack of time, and she reckons she’s not the only one.

Zoni Foods has taken it one step further and provided you with a frozen meal kit that is still packed full of veggies, healthy carbs and protein. So far they have three meals in production: Coconut Curry Noodles, Peanut Noodles with Peanut Sauce and Bean Fritters, and Sweet Potato Spirals with Cashew Garlic Sauce and Lentil Fritters. Each pack will set you back $5.99 and should be ready in 10 minutes.

Although they’re frozen, Zoni’s meals don’t contain the type of ingredients that many consumers would be wary of. They don’t have lots of sodium or preservatives.

Lloyd is currently doing demonstrations in her local grocery stores, and is being supported by Yale’s Entrepreneurial Institute Fellowship which has provided her with $15,000 and professional help to get her start-up going. 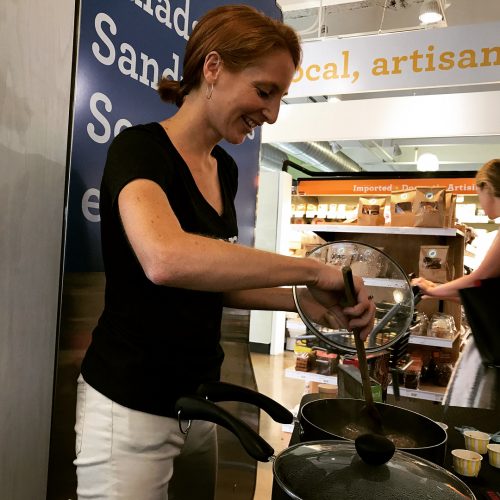 Ultimately Lloyds is aiming to get these plant-based meals into large grocery stores and her ‘vision is really to make plant-based eating more accessible.’ Often complex cooking can be off-putting for people wishing to reduce or eradicate their animal product consumption.

But if Zoni Foods is successful it could revolutionise the way people view plant-based eating.