The pea protein-based patties are available in two varieties: original and spicy. The sandwich includes dairy-based mayonnaise, lettuce, and tomato, all stacked between a split-top hamburger bun.

“Jack in the Box is delivering industry-leading innovation with the first plant-based chicken sandwich at retail in the U.S.,” Jennifer Kennedy, Jack in the Box’s chief product officer, said in a press release.

“We are excited to meet the growing demand for meatless alternatives with our new Unchicken sandwiches providing indulgent taste, crispy crunch, and savory flavor in a new plant-based option,” she added.

“We are excited to be partnering with Jack in the Box to bring the delicious taste people have come to love from our plant-based Nuggets and Tenders to even more people with the Unchicken sandwiches,” Ervin added.

The plant-based sandwiches are available for a limited time in select locations in Reno, Nevada, and Monterey and Salinas, California. 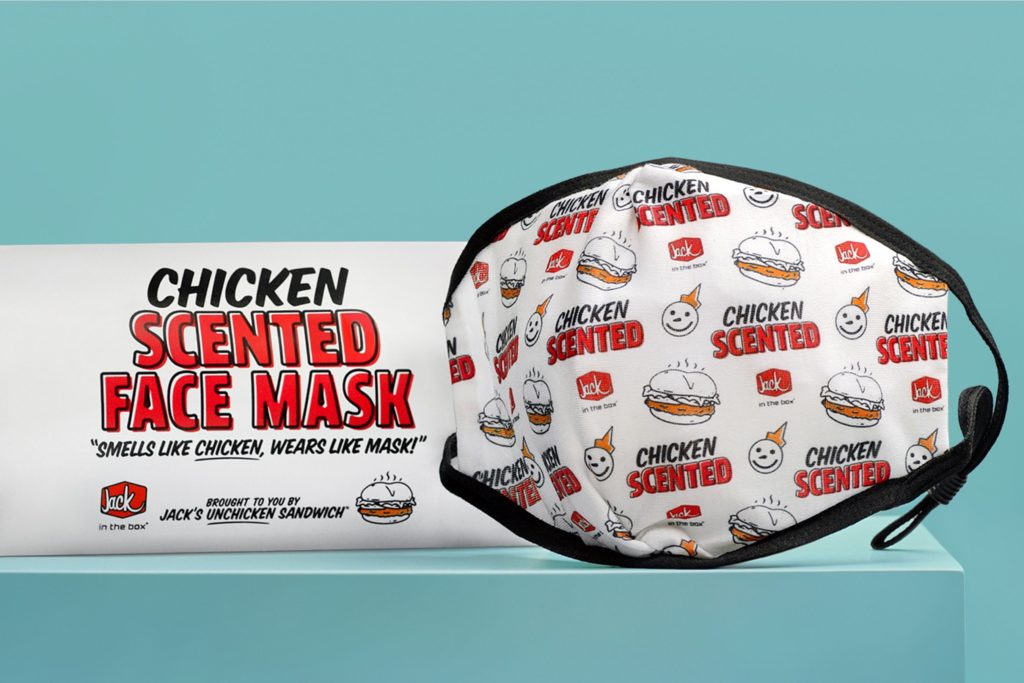 To celebrate the launch, the brand will be hosting a giveaway of free chicken-scented face masks on October 23.

The marketing campaign, created by creative agency David&Goliath, has an accompanying video, which sees blindfolded testers attempt to identify what the smell from the mask is.

Lixaida Lorenzo, David&Goliath’s group creative director, told Reel360: “This campaign was designed as a brand piece for Jack to ingratiate himself as a purveyor of a great chicken experience, without it actually being chicken.”

They added: “We are always looking for ways to add some Jack fun into people’s lives, especially during these times. So what better way of doing that than by turning something that has become an important part of our everyday reality into something that gives us a smile…even if no one can see it.”

In August 2019, KFC U.S. teamed up with California-based vegan meat brand Beyond Meat to create Beyond Fried Chicken. The fast-food giant trialed the meat-free option for one day in Atlanta last summer.

The plant-based fried chicken sold out in less than five hours, leading KFC and Beyond Meat to take further steps to perfect the recipe. In February, KFC tested the new and improved meatless chicken in more than 70 locations in Charlotte, Nashville.

KFC has also launched plant-based fried chicken in a number of other locations, including the UK, China, Hong Kong, Vietnam, and Canada.

The chain is also now working on developing lab-grown chicken nuggets in Russia.