In California’s Imperial Valley, vegan food isn’t the most accessible – however, thanks to baker Marcie ‘Marcie the Vegan’ Morlett, plant-based Mexican desserts are really taking off.

Imperial Valley is reputable for having a strong presence of Mexican culture – when Morlett opened Sweet Surrender, a vegan bakery from home, this was a big change for the community. From muffins, doughnuts, cookies, Mexican pastries (conchas and cochitos) and more – customers learn how delicious and sweet-tooth satisfying vegan food is, which ultimately shifts the stigmatism associated with the lifestyle.

Morlett’s vegan story started back in 2010, after watching the PETA video “If Slaughterhouses Had Glass Walls.” Knowing immediately upon watching that she needed to change what she put on her plate, Morlett pledged to be vegetarian. Keeping her eating differences quiet in fear of judgment, she began thinking about how she could further reduce the suffering of animals – making the connection between dairy and egg Morlett went vegan. In a successful effort to help others reduce their animal intake – ‘Marcie the Vegan’ has been spreading positive messages about veganism and living kindly ever since.

After being encouraged by friends to share her baking talent with the community – Morlett took to Instagram for feedback on what others thought about her opening a bakery business. Of course, the response was overwhelmingly supportive. Morlett sought a chief financial officer and a business license to aid her in the business side of baking affairs and was the very first vendor at Imperial Valley Vegan Nights. 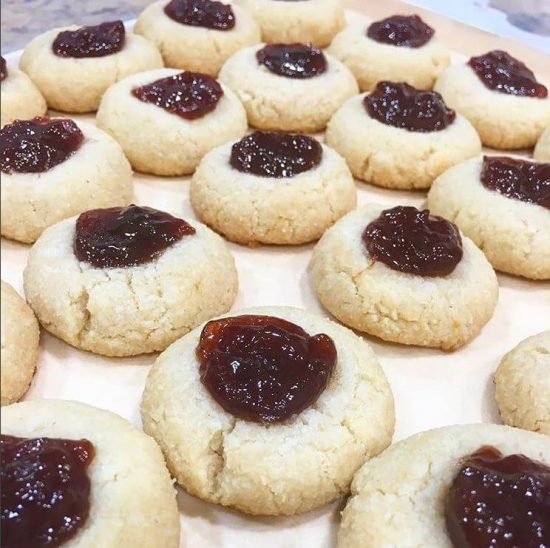 Many of Morlett’s options are Mexican-inspired, as she was raised in a Mexican household and has fond memories of eating her cultural food. She says veganizing many traditional dishes has been a challenging but very educational experience – the ‘icing on the cake’, so to speak is seeing her customers enjoy her creations that combine her Mexican heritage and her passion for veganism.

Morlett also makes an effort to follow a whole-foods diet as much as possible – she labels her baking treats at Sweet Surrender as ‘Conscious Baking’, because everything is made with organic ingredients and stays clear from heavily processed ingredients, oil, and refined sugar.