Plant Curious, the UK’s first exclusively plant-based recipe box which is delivered to your door, is revolutionising vegan cooking.

What’s it all about? 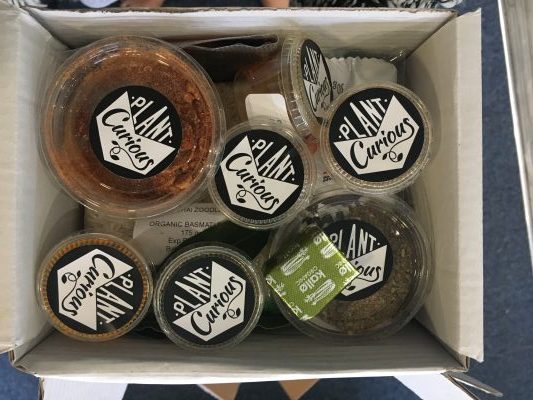 Woj, the co-founder of this innovative business along with his wife Angela and mother Elizabeth (who is transitioning to veganism), became vegan three years ago after his father-in-law developed stage 4 cancer – and refused conventional treatment.

Rather than suffer the effects of chemotherapy, the 67-year-old defied convention and opted for a fully plant-based juice diet. He was told that he would live for only 3 months – but almost instantly on his new diet “you couldn’t believe it was someone with stage 4 cancer.” The doctors were astounded, people were asking “why do you look so glowing?” and he lived for over two years having gone into remission.

Woj, comically, says that he “never thought about being vegan or vegetarian” – rather, he “stayed away from them” because “the idea of people loving salad made [him] angry.”

But having the seen the miraculous effect on his father-in-law, Woj too adopted a vegan diet. Previously a sufferer of chronic asthma and high blood-pressure, his new diet also gave him a new lease of life: Woj says, “literally all of those problems disappeared” and he even lost 4 stone in 9 months.

Having seen the healing properties of plants, and himself having gone from a “couch potato” to having “such a huge amount of energy [he] didn’t know what to do with it”, Woj realised that it was time to leave his vocation as an architect and start something which would really help people.

He says, “we’ve got to get more people eating plants because it’s curing people.”

Woj and Angela quickly saw a gap in the market for such a product, having tried other food boxes which were ‘vegan’ but included cheese and cream – and one even used wool as part of its packaging!

Even for a student with zero-to-none culinary talent, a Plant Curious box is a lot of fun.

The box comes with the ingredients and instructions for three meals (each to serve two people/portions) and even a tote bag!

At first, one might feel disappointed that there appears to be a fair amount of packaging – but any concerns are unfounded. All of the packaging is made from plants and eco-materials! Included in each box is an explanation of how to stay as zero-waste as possible.

The cooking instructions are clear and easy to understand, even for novices who have never before cooked from scratch; Plant Curious is looking to start ‘tutorial’ videos to make it even easier.

The recipes can’t be faulted. Each recipe is created personally by Woj and Angela, who serves these dishes to their family, and the ingredients are all fresh and organic. According to Woj, the boxes are primarily organic and “70-90% veganic” meaning that the only fertilisers used do not come from animal agriculture. Fruit and vegetables are a key part of the boxes, and Woj says that they decided to opt for organic because this way the most antioxidants are preserved.

Varying from around 30 minutes to an hour of preparation and cooking time, each meal involved new cooking skills – such as making gnocchi from scratch – and each meal was delicious.

The Future of Plant Curious 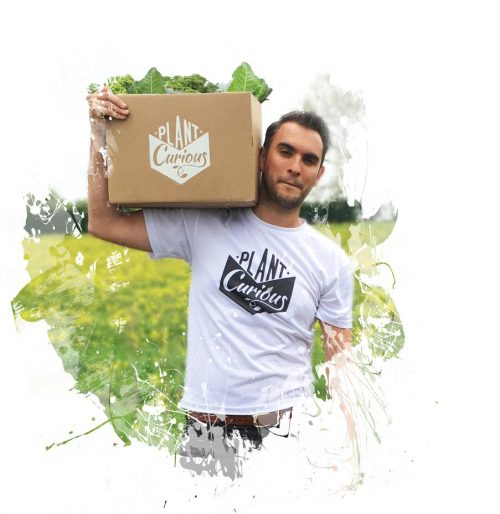 The company is looking to expand and has lots of exciting ventures lined up.

In terms of food, more delicious raw dishes will be introduced, because “the feeling you get from [eating raw] is so incredible.”

And, for the sweet-teeth box lovers, dessert boxes may be an option in the future, as well as seasonable boxes – such as to feed the family at Christmas or for occasion dinner parties. And, if this isn’t exciting enough, Plant Curious is in talks with some biodynamic wine company to offer some vegan wines!

You’ll be able to see them at events such as Vevolution (this November!). Plus, they are expecting to collaborate with Veganuary to offer meals – breakfast, lunch, and dinner – for the entire month!

In the meantime, you can order your box and read more about Plant Curious here. We recommend that you do!