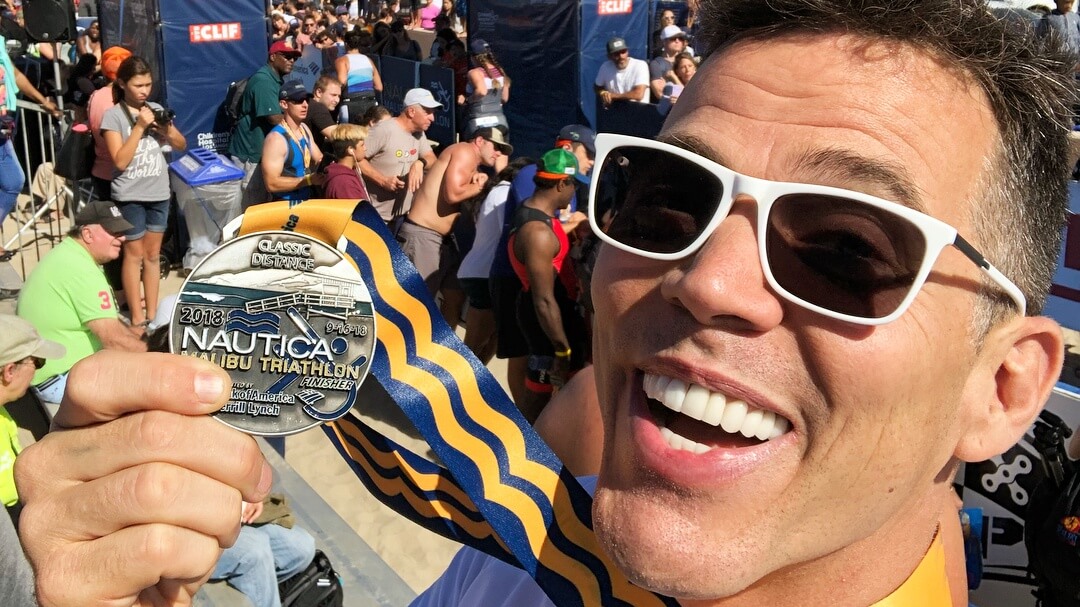 Steve-O has come a long way since his early stunt-pulling days on “Jackass.” Though still a prankster at heart, the celebrity now puts much of his energy into activism, raising awareness, and most recently, completing triathlons with the boost of plant-based foods.

“I just got tenth place in my division at my first ever triathlon! Woohoo!!!” Steve-O wrote on Instagram to his 3.7 million followers. The achievement could be credited, in part, to vegan ultra-endurance athlete Rich Roll, who was seen training with Steve-O prior to the race. In June, the pair posed for an photograph during a trail ride in the mountains of Malibu. Roll revealed that Steve-O was trying to get into “the best shape of his life,” and who better to come to than an athlete who has completed multiple Ironman events and snagged the title of “world’s fittest vegan,” as dubbed by the largest men’s magazine on the planet, “Men’s Health.”

Roll isn’t alone in his plant-powered athleticism. Steve-O first became a vegan in 2013 and according to the actor himself, he is the fittest and healthiest he’s ever been. It has even been speculated that the star’s avoidance of animal products has helped him reverse the effects of ageing, when Steve-O shared side-by-side comparisons of his complexions in 2012 and 2018.

Steve-O’s vegan lifestyle spans past the dinner table, too. In a statement against Sea World, which has long been accused of animal cruelty due to poor treatment of its marine life, Steve-O shared footage of himself scaling a large road sign with directions to Sea World. The daredevil altered the sign, that previously read “Sea World Drive,” to say “Sea World SUCKS.”

Prior to this, in January, Steve-O travelled to Peru to film for a television series. While visiting the country, he met and adopted a stray dog who he named Wendy.

Though Steve-O has been a noteable name in the vegan community, the star recently announced that he has been eating fish. He may be interested to know he can stick to a plant-based diet but enjoy the taste of seafood as many companies are launching fish-like fishless products. Vegan seafood brand Good Catch Foods is set to disrupt the fishing industry with its plant-based versions of crab and tuna, while New Wave Foods boasts all-plant varieties of shrimp, and Ocean Hugger Foods created the world’s first plant-based raw tuna out of tomatoes.