Wildlife poaching in a South African game reserve has reduced by 96 percent after the introduction of tracking technology — for poachers.

Conservationists previously had limited access to this kind of technology, due to the location of the game reserve in a remote area in South Africa’s northwest.

Dimension Data’s technology predominantly protects rhinos in South Africa. The black rhino, in particular, is under severe threat, with only around 5,000 remaining in the wild. 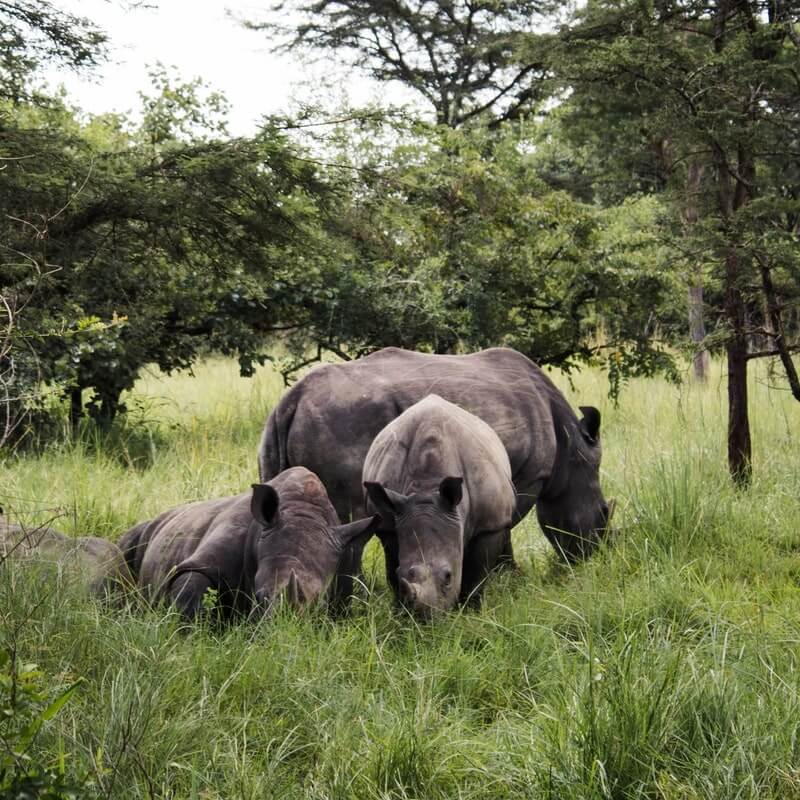 There are only around 5,000 black rhinos left in the wild

The project is also underway in Zambia, will soon arrive in Kenya, and India and New Zealand have expressed interest. The latter hopes the company can help protect its marine life, including rays, whales, and sharks.

“I think it’s particularly well suited to Africa, where what we’re looking at doing is saving the rhino, elephant, lion, and pangolin, and all species that are endangered,” Bruce Watson, a conservationist and group executive of the Cisco Alliance at Dimension Data, told BT.

“There are 7,000 endangered species all over the globe, but what we’re going to do is take the solution and move it into India,” he continued. “We’ve had two requests out of tiger parks in India, then going to Asia, and we’ve even had a request out of a bay in New Zealand.”

The Fight to End Poaching Around the Globe

“More than 20,000 African elephants are killed every year, fueling the despicable illegal ivory market and poachers’ dirty profits,” said Foreign Secretary Boris Johnson in a statement last year. “We cannot simply sit back and watch as more endangered species are wiped out.”

He added that poaching doesn’t only harm animals, but it robs communities in Africa and Asia of “sustainable livelihoods.”

Penny Mordaunt, the International Development Secretary added, “the illegal wildlife trade not only puts the world’s most endangered species at risk but fuels the corruption and crime which hold back development for some of the poorest nations.“