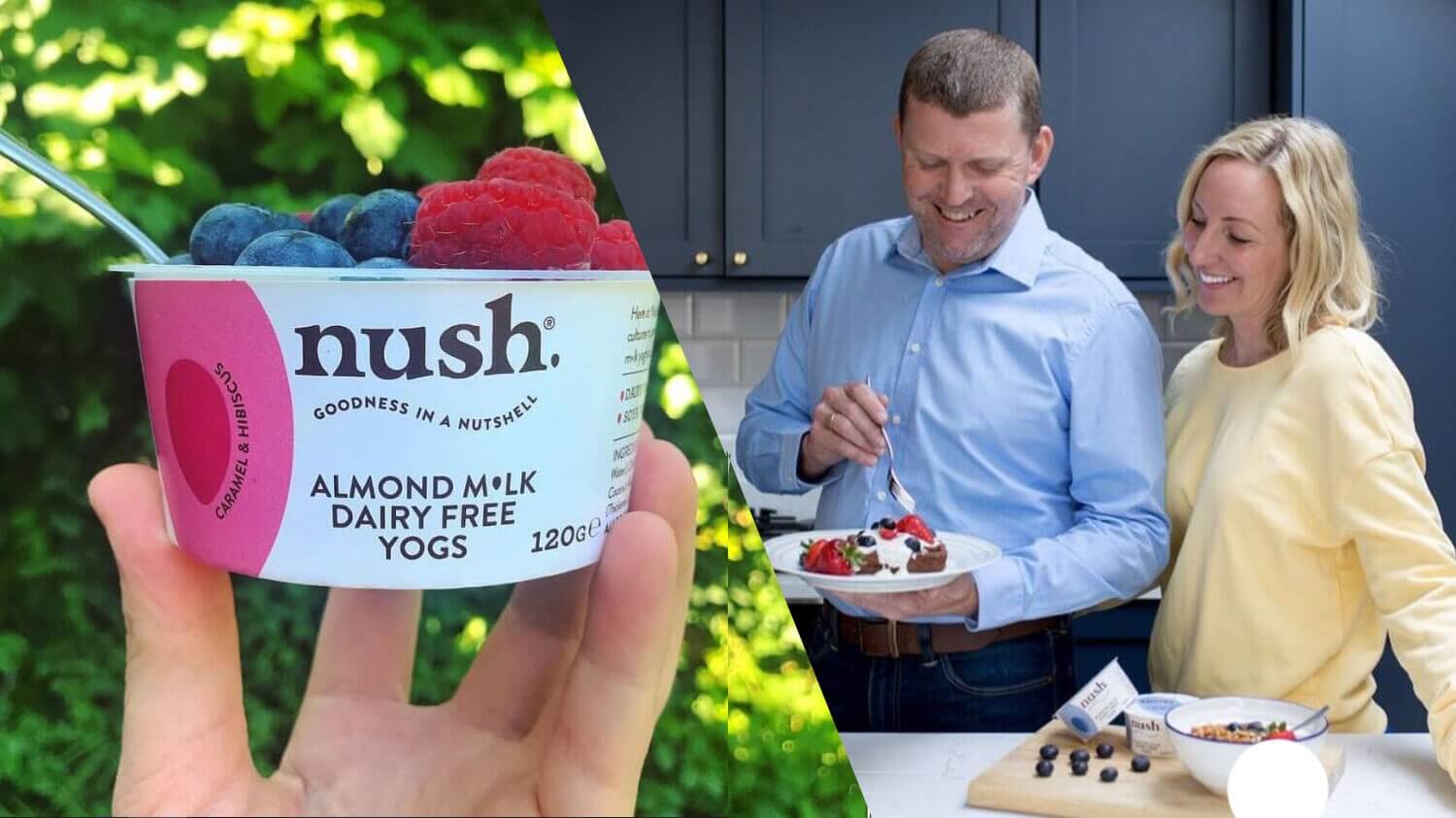 With a projected turnover of £2 million in the next 12 months, the UK-based vegan yoghurt, milk, and cheese brand Nush Foods is thriving.

Founded by two London police officers, Bethany and Paul Eaton, the company sells a variety of products, from almond and cashew milk yogurts in pots and kid-friendly tubes to creamy soft cheeses – which are to soon be available from the online supermarket, Ocado.

It all began after Bethany Eaton started to feel unwell – the pressures from her job as a London Met police officer meant her diet and her overall well-being were suffering. After a trip to the nutritionist, she cut out dairy and dropped down to part-time, dedicating the rest of her time to a nutrition degree.

Shortly after earning this degree, Nush Foods was born. “There was nothing on the market at that time,” Eaton explained recently to the Evening Standard. “Only soya yoghurts and I had given up dairy. I was always ringing places like Whole Foods asking if they were about to stock any almond yoghurts, and I thought: ‘Why not do my own?’ So we started making batches of it in our kitchen.”

All almonds are born equal…uh nooo. Nush’s nuts are pretty special, they are carefully sourced for their high nutritional value, delicious taste, and environmental benefits. From Southern Italy our almonds are harvested manually before being laid out in the Italian sun for three days. These sweet almonds taste super sweet and creamy, making them a perfect base for our yogs.

Friends thought they were mad, she recalled, but the pair persevered for three years to come up with a full line of products for Nush. During this time, they even bought the franchise for the Australian coconut milk-based yoghurt brand Coyo, and introduced it to the UK – it soon became one of the nation’s best selling vegan yoghurts.

Nush Foods products are made with Sicilian almonds, which are transformed into a variety of yoghurt flavors including Caramel & Hibiscus, Blueberry, Banoffee, and Peach Melba.

Speaking of their expected financial turnover for the next year, Eaten stated, “when we were walking the streets of Shoreditch, I never thought we would be doing this. In all honesty, it’s never been about the money for us.”

She continued, “we obviously want to develop the brand and keep growing, but mainly we want to give the consumer a choice – a healthy, low-sugar product that is not too expensive.”

Available from a number of stores across London, including Selfridges, Nush Foods yoghurts are priced at around £1.50 and its new line of cheeses will be priced at £2.75.