The non-dairy yogurts—called PlantOn—are coconut milk-based. They are available in a variety of flavors, including pineapple and mango, blueberry, and original.

The move away from dairy follows a shift in Poles’ eating habits in favor of plant-based foods. A study, conducted by food order site Pyszne.pl and released last year, revealed one million Polish residents were vegan or vegetarian. It also found two million Poles were intending to ditch meat.

Another study, by research firm IQS, found 43 percent of the country’s population was trying to reduce their meat intake.

“The decision to make Jogurty Magda a fully plant-based brand is a natural consequence of the continuous development of our product portfolio, which for more than two years has been dominated by yoghurt and cream based on coconut milk,” Magdalena Kubit, the company’s managing director, told The Cattle Site. 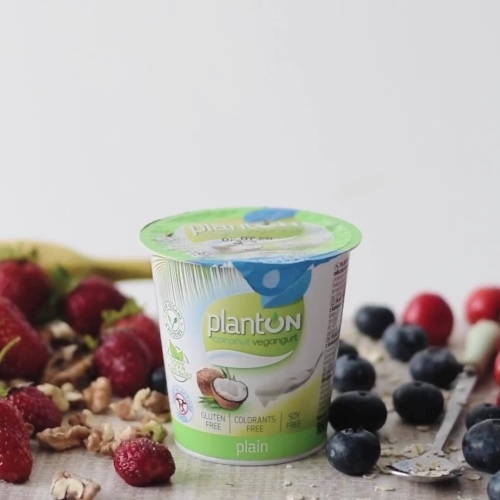 Kubit’s father, Janusz Kubit, founded the company in 1991. His father, Jan Kubit, was also a milkman.

Jogurty Magda churned out dairy-based yogurts for nearly 30 years. But in 2017, Magdalena took over the company and introduced PlantOn.

Magdalena and her family are vegetarians. She said her decision to make the company plant-based stemmed from her desire to challenge herself “to make people aware that plant-based means tastier and healthier.”

The new, non-dairy yogurt was a hit with the locals. In 2018, RoślinnieJemy—a Poland-based organization that promotes plant-based living—voted Jogurty Magda as the country’s best plant-based product of 2018.

“The decision to focus fully on plant-based production is a bold step. [It] confirms not only the broad perspective of the Jogurty Magda’s team, but also indicates the real commercial potential of the market of plant-based yoghurts, drinks or cheeses,” Maciej Otrębski, RoślinnieJemy’s strategic partnerships manager, told The Cattle Site.

In June 2018, PlantOn Drink was added to the company’s non-dairy lineup. The dairy-free beverage comes in flavors like cold brew coffee and strawberry banana.

Following its move to go plant-based, Kubit will rebrand the company as Roślinna Magda—which translates to “Plant-Based Magda.”