A new vegan single use plastic-free beach shack, Wild Thyme Outdoors, has opened on Southsea promenade in Portsmouth for one month. The shack sells healthy and plant-based foods to beach-goers, and it is the first of its kind in the UK.

The shack, ironically located behind the leisure complex the Pyramids Center, is run by the owners of Wild Thyme Wholefoods, a local vegan nonprofit co-operative store, which also includes a juice bar and takeaway section. The shop sells a multitude of vegan products, including locally sourced organic fruit and vegetables.

Wild Thyme told LIVEKINDLY, “We aim to bring healthy options to Southsea’s picturesque seafront and be inclusive of dietary needs including vegan and gluten-free.” 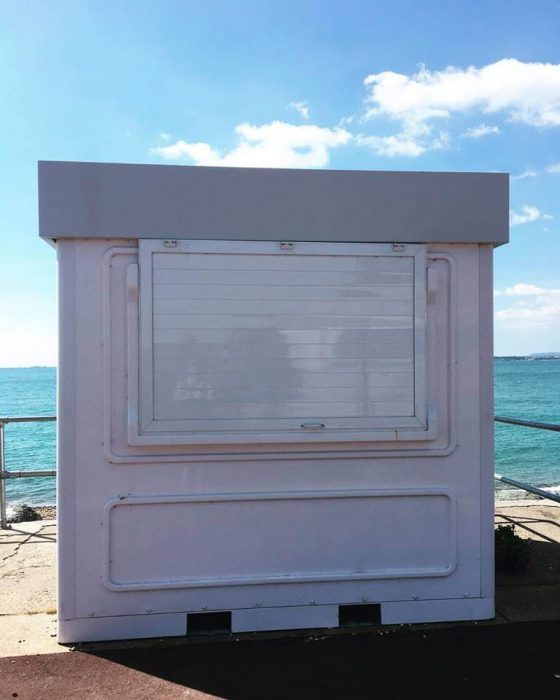 In addition to being plant-based, the new shack offers a variety of organic and cane sugar-free products. Options currently on offer include raw treats, baked goods, smoothies, juices, organic produce, buddha bowls, a selection of salads, and dairy-free ice cream.

In lieu of plastic packaging, Wild Thyme Outdoors seals its products with plant-based, compostable, and biodegradable wrap, created by the award-winning company Vegware.

The pop-up shop joins many businesses choosing to ditch both animal products and plastic. Recent data revealed 89 percent of the ocean’s plastic waste is single-use, sparking a rise in consumers who support sustainable ways to replace plastic.

Vegan celebrity Pamela Anderson recently took a strong public stance against plastic pollution. The activist urged that eating vegan food alone is not enough to combat the plastic epidemic and encouraged everyone to make a conscious effort to reduce, reuse, and refuse plastic. Further, sportswear giant Adidas made headlines just days ago when it committed to using strictly recycled plastic across its entire product lines and offices — previously, the company only offered a niche range of recycled plastic footwear.

But it’s not just businesses and celebrities taking note, governments and cities are, too. Earlier this year, UK Parliament announced it is eliminating single-use plastic from its premises in a phase-out plan starting this summer. Similarly, the Candian city of Vancouver recently banned plastic straws in an effort to become a zero-waste city by 2040.