Children’s indoor playgrounds across Scotland will serve vegan chicken nuggets and burgers thanks to a new partnership between Daring Foods and Wonder World Soft Play.

“Adopting a plant-based diet is the best thing a young person can do to mitigate the pressures of global food production. Our products use just a fraction of the water and land in production compared to animal meat,” Daring Foods founder Ross Mackay said in a statement.

Founded in 2018, the start-up makes vegan products like Cluck-Free Nuggets and Moo-Free Burgers from ingredients like wheat and potato protein, which are already served at 35 restaurants throughout Scotland and soon, Dundee and Angus College.

Daring Foods aims to show how meat can be delicious, sustainable, ethical, and animal-free. 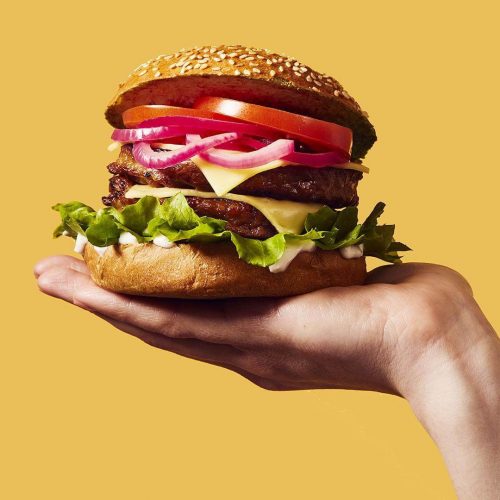 “We are very excited that families across Scotland will be able to enjoy our range before, during and after play. Feedback from parents has always that meatless eating can be challenging – we provide a way to make it easier,” Mackay continued.

“The diet of our customers, and society in general, is changing. More and more people are going meatless and exploring alternative options. We need to react to these changing times,” said Aidhan Higgins, executive chef at Wonder World Group.

Across Scotland, more consumers are adopting plant-based diets in response to health concerns and animal welfare. A record number reportedly cut animal products out of their diet for Veganuary this year.

In the wider UK, supermarkets and restaurants alike are adapting to shifting consumer habits. The nation launched more vegan products than any other nation last year — representing one in six new products — according to Mintel data.

Health seems to be the primary reason most choose to eat fewer animal products. Meat — processed meat in particular — has been linked to a number of health concerns such as heart disease, type-2 diabetes, and certain forms of cancer. Sustainability is another factor, as a growing body of scientific evidence shows that animal agriculture is the leading cause of climate change.

It’s for these reasons that UK primary schools committed to serving 3.1 million meatless meals over the next 12 months last September, an initiative spearheaded by the nonprofit ProVeg International.