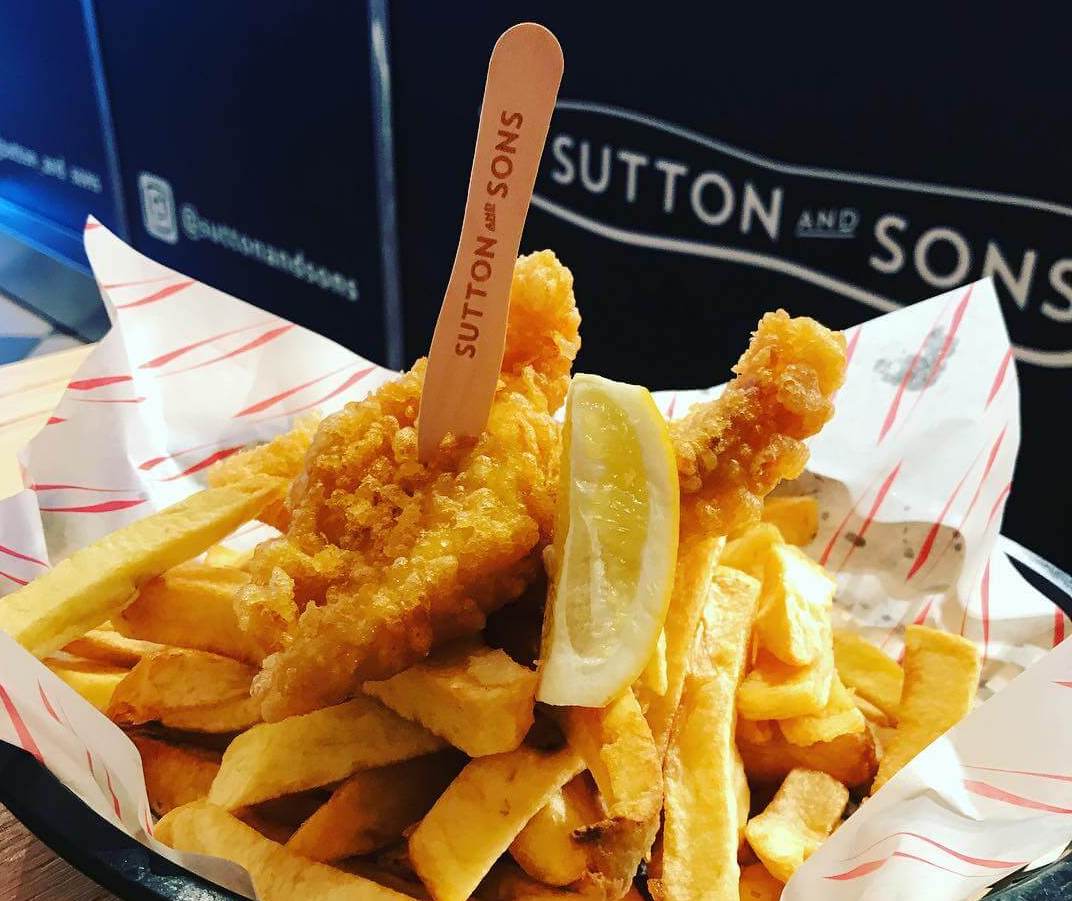 Popular UK-based fish and chips chain Sutton and Sons has launched a vegan menu to meet the growing demand for plant-based meals.

“For those of you asking about our new vegan menu,” the chain said on its Instagram page last week, “It is available for takeaway but as we only launched Wednesday will need a bit of time to get on the website and on @deliveroo @ubereats_uk menus.”

The highly anticipated vegan menu features a battered ‘fish’ made from an unusual source: banana blossoms marinated in seaweed broth that gives it an umami, ‘fishy’ taste; potato-based tempura battered ‘prawns’; battered plant-based sausages; and a spinach and mushroom pie. There are also vegan chips, fries, and sweet potato chips on the menu.

Vegan seafood is set to be among the hottest food trends of 2018 as consumers seek to shift away from the seafood industry for numerous reasons. While seafood often brings the risk of heavy metal contamination, it also comes with a high risk of fraud; numerous investigations have repeatedly found imposter seafood on menus around the world, often overcharging customers for what they think is a premium product. Overfishing has been criticized by leading conservation groups, with some species, including Bluefin tuna, still being fished after the fishing industry pushed for federal approval to continue to the capture and marketing of the fish.

“We make our own vegan ‘fish’ and have sourced other vegan dishes that taste top notch,” Sutton and Sons notes on Instagram. “They are served in their own @henry_nuttall_frying_ranges fryer and not cooked with other fish on the premises.”

The UK has seen a groundswell of interest in vegan food in recent years. London continues to see new vegan restaurants and menu expansions and the popular Veganuary campaign, which is based out of London, hit a record number of sign-ups this year of more than 165,000.

More than half of UK shoppers are now adopting “vegan buying behavior,” and the number of vegans in the region has grown fourfold over the past decade, the Vegan Society notes.

The shift is also happening at the retail level, with Tesco, the largest UK-based supermarket chain, recently releasing a line of ready-to-eat vegan meals, and expanding on its offerings of vegan meat, milk, and cheese.