Plastic pollution obscures the couple as they’re doing the deed, highlighting how trash can ruin the things for others. A cleaning crew clears trash throughout the film so there’s no missing the final throes of passion — for the planet.

Ocean Polymers’ mission is a global one — and Pornhub’s reach crosses continents. The adult film website will make a donation to Ocean Polymers for each view.

The landing page for the movie also offers easy tips and tricks to doing less harm to the planet. It advises using as little plastic as possible and cleaning up after yourself. And — if you end up in a situation where you can’t avoid buying plastic — always remember to recycle it. 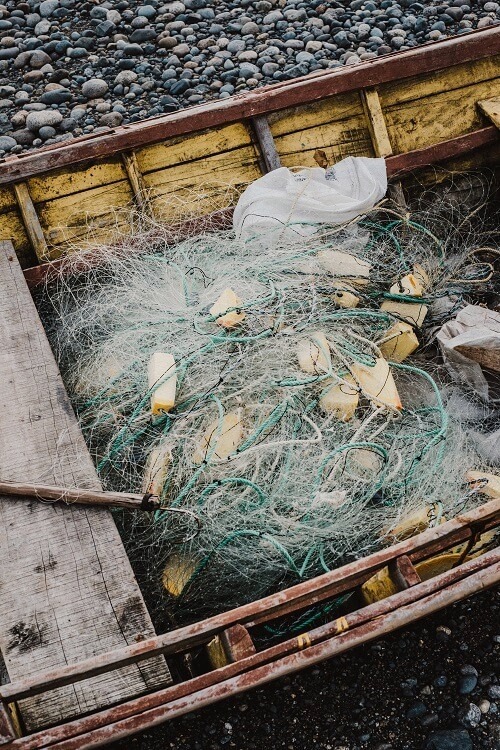 Discarded fishing gear makes up more than half of ocean plastic pollution.

The press release notes that there are 12.7 million tons of plastic polluting the oceans. Estimates for how much new trash enters the ocean each year ranges from four to 12 million metric tones.

Single-use straws and water bottles are an emblem of ocean plastic pollution, but they don’t make up the majority. A survey from the Ocean Cleanup campaign release in August 2018 found that abandoned fishing nets up make up 46 percent of trash in the Great Pacific Garbage Patch. Other fishing gear is a close second.

Fishing gear being discarded is only part of the problem. Bycatch — non-targeted marine animals that get caught in nets — represents 40 percent of the world’s catch by some estimates, totaling 63 billion pounds a year. Fish, dolphins, whales, turtles, and other endangered species often fall victim to the commercial fishing industry. Losing native species is detrimental to marine ecosystems, according to the National Oceanic and Atmospheric Administration (NOAA).

You also can’t see all the plastic trash. Microplastics — tiny pieces of plastic no bigger than a sesame seed — litter the ocean. They can come from larger pieces of trash, eroded by the waves, or from personal care products. Many scrubs, cleansers, and kinds of toothpaste use microbeads, or mini polyethylene spheres. According to NOAA, microbeads can pass water filtration systems and pose a threat to marine life. Several countries including the United States, the UK, Canada, Taiwan, and New Zealand have banned microbeads from rinse-off products.

Commercial honeybees — bees raised pollinate crops — contribute around $20 billion to the U.S. economy each year in fruits and vegetables. Many crops, like almonds, blueberries, cherries, apples, and broccoli, are dependent on honeybee pollination. Native pollinators are also important, contributing $4 billion to the market. Colony collapse disorder (CCD) — massive die-offs of honeybee populations — which surged in winter 2006-2007, is on the decline. Instances of CCD fell 26 percent between 2018 and 2019, according to a recent report. But population loss to mites and other causes is still a concern. Insects pollinate 84 percent of commercially grown crops.