Vegan Portlanders looking for a good spot to go with non-vegan friends for late-night eats and drinks can check out the new Thunderbird — the eighth bar from the Lightning Bar Collective, opening in the city tomorrow.

The restaurant and bar will feature some expected and vegan-friendly gastropub bar eats including a number of vegan barbecue options (yes, you read that right, vegan barbecue exists), many of which hail from the Homegrown Smoker, the city’s popular all-vegan barbecue joint. 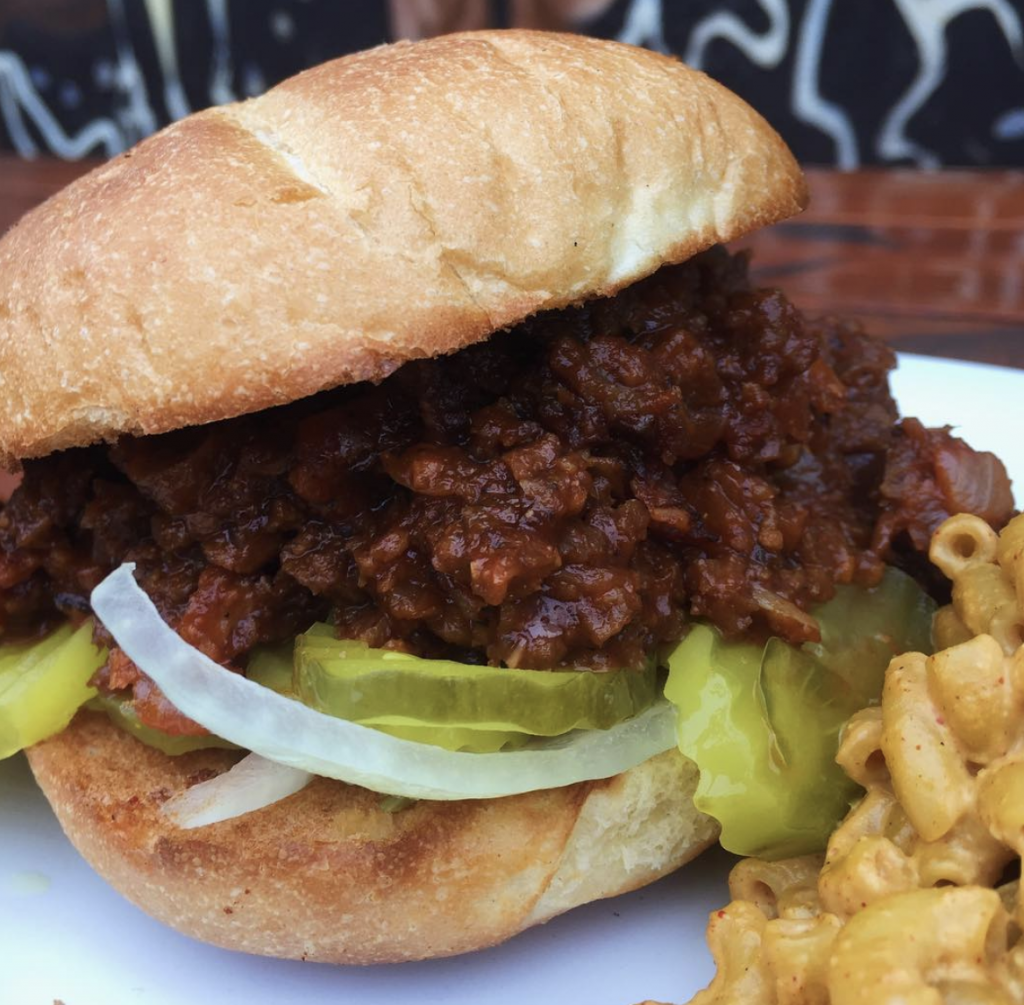 There are a number of mouthwatering vegan dishes on the Thunderbird menu including the “Thunderburger,” a vegan patty served with lettuce, onion, house made pickles and “thundersauce”; the “Old Reliable,” a seitan patty featuring Field Roast’s Chao Cheese, giant onion ring, chipotle BBQ sauce, and a side of pickled jalapenos; the “Willamette Valley Veggie,” a braised portobello mushroom with grilled seasonal squash, mama lil’s peppers, beets, and a miso cheese spread; as well as a BBQ Bowl with brown rice, Homegrown Smoker’s BBQ tempeh ribs, tequila jalapeno slaw, and avocado. There’s also a salad option with vegan ranch dressing, fries, and onion rings to nosh on.

Thunderbird will be open daily from 4pm to 2am and kids can stay till 8pm. There will be happy hour specials from 4 to 6 and outdoor patio seating as well. 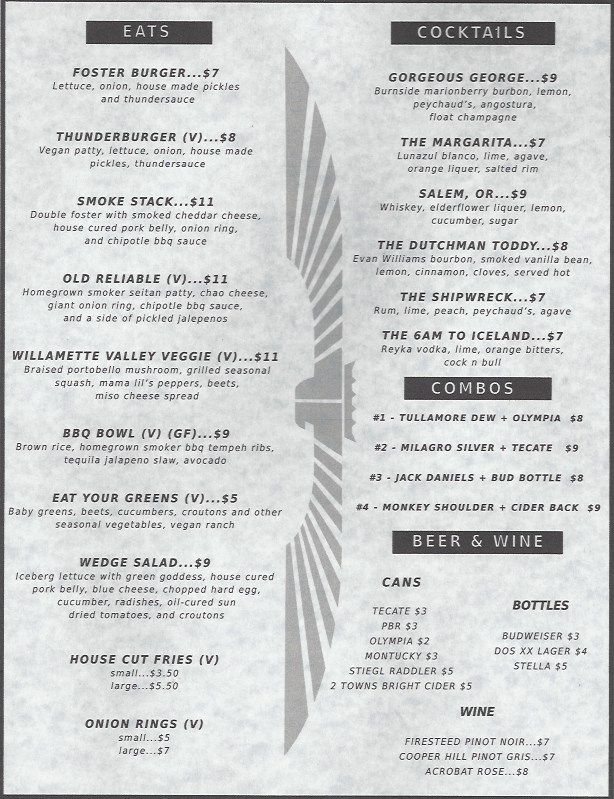