A vegan cinnamon roll shop called Hail Snail is set to open in Portland, Oregon, this fall. The new bakery will be the first of its kind in the largely vegan-friendly city.

The bakery company has been operating as a pop-up that frequents markets and events around Portland, but it will soon open its first brick-and-mortar location. Hail Snail will offer hand-made vegan cinnamon rolls, or “Cinna-Snails,” that “defy reality,” the company writes on its Kickstarter page.

Gluten-free Cinna-Snails and mini Snails will also be available, along with limited edition savory Snails in flavors like pizza, BBQ jackfruit, and pesto. 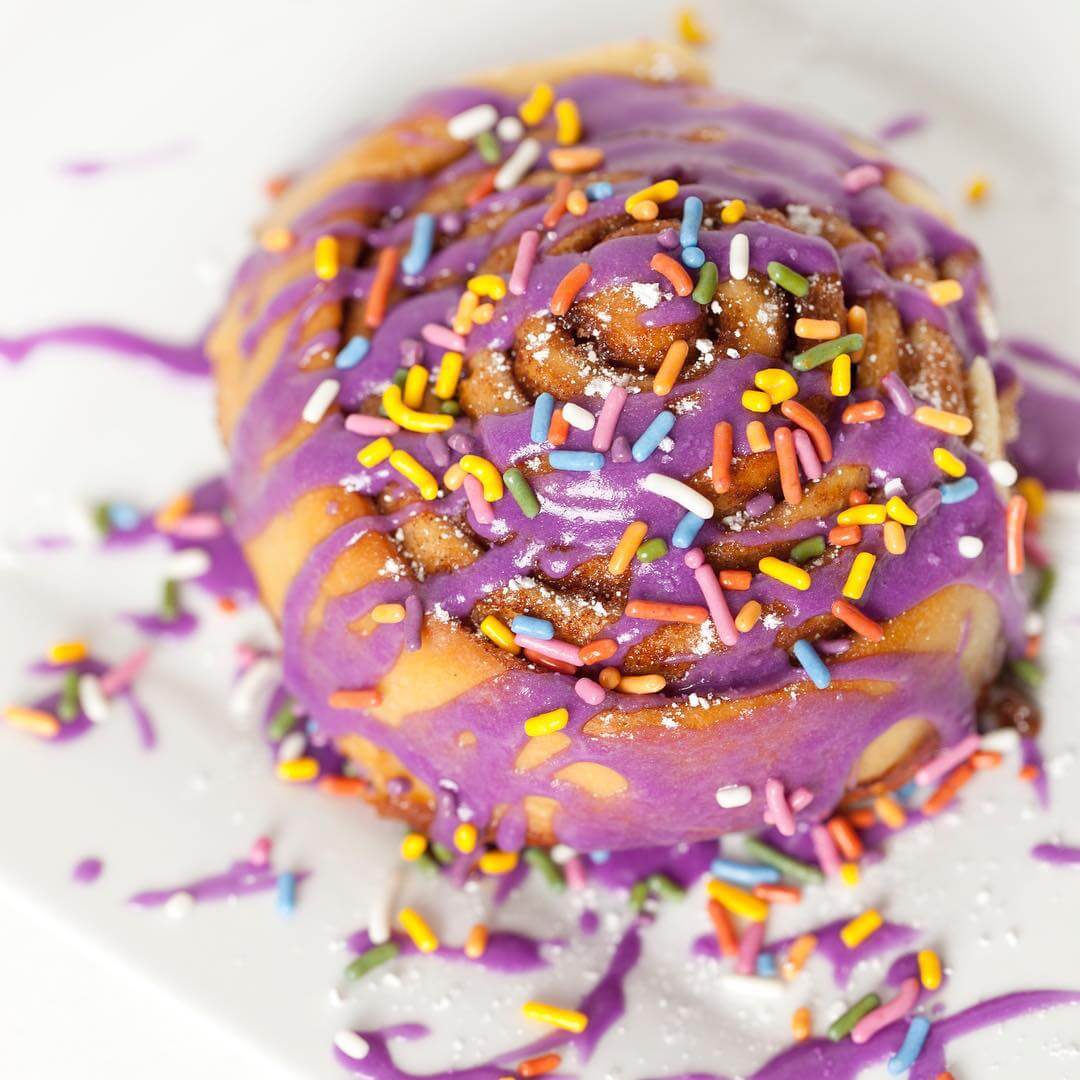 Customers will also be able to customize the bakery’s purple-glazed Cinna-Snail by choosing from more than 30 vegan toppings including pretzels, mini popcorn, peanut butter, raspberry sauce, pineapple, and sprinkles.

“We are a queer, family-owned cinnamon roll shop serving you, the good people of Portland and beyond, dazzling cinnamon rolls,” the company notes on its website. “Not only do we offer 10 magical choices on the menu we also give you all the power to make a personalized masterpiece of your dreams. Oh, and we also serve you, my gluten-free friend.”

All of Hail Snail’s chocolate and coffee-based toppings are fair trade. All of the colors used are naturally derived and every ingredient is vegan. The company aims to use its Portland bakery to support other “indie businesses” and host events that benefit the local community.

“Hail Snail is more than just a cinnamon roll place for us, its core is reflective of our values and character as a family,” the Hail Snail team writes online.

Vegan dessert options are gaining popularity. Vegan cinnamon roll bakery franchise Cinnaholic opened its first store in Berkeley, California, in 2010 and now has around 30 locations across the U.S.

Hail Snail will open in Portland in September.