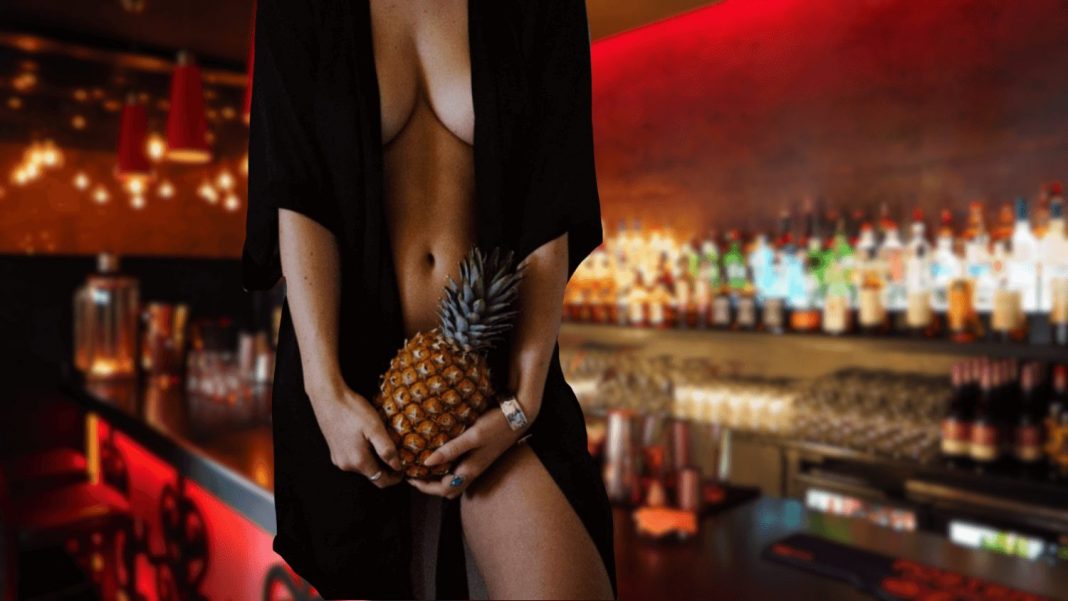 At the world’s only vegan strip club, Casa Diablo, plant-based food is on the menu and dancers wear only animal-free clothing.

Twenty-eight-year-old owner and vegan Johnny “Diablo” Zukle says Casa Diablo is a good match for the city, whose unofficial motto is “Keep Portland weird.” As well as being the strip club capital of the US, Portland is ranked as the 2nd best US city for vegans, after New York.

Originally conceived as a vegan restaurant, the recession and tough economy in 2008 forced Zukle to think creatively about how to encourage people to visit. “I built a stage, I brought in some dancers […]” he told Business Insider, “I couldn’t get them to try it [vegan food] until I brought in the women.”

Oregon’s regulations surrounding liquor licences, which requires establishments to serve food in order to obtain a full licence, meant the only logical decision for Zukle was to serve customers vegan food.

The menu ranges from mushroom burgers to burritos and meatless sloppy Joes, and dairy-free mac and cheese. As well as the 100 percent plant-based menu, the women who perform at the establishment don’t wear any animal-derived materials, such as fur, silk, leather, and wool on stage.

They have vegan chimichangas here, but we didn’t try them. #portland

Food-focused publication Chef’s Pencil ranked Portland in the top three cities for vegan food in 2018, noting that “Veganism is on a major rise [worldwide] and the days of meat eaters are slowly coming to an end.”

Top eateries in Portland include Vtopia, which offers more than 20 vegan cheeses, and Back to Eden, which offers a variety of dairy- and egg-free baked goods. BBQ lovers can enjoy meat-free offerings from Homegrown Smokehouse, and those with a craving for ice-cream will soon be able to visit Little Bean.

As well as its long-standing veggie restaurant scene, Portland played host to its first ever VegOut! Vegan Beer and Food Festival last July. Over 100 vendors offered a variety of plant-based food and drink, in addition to cruelty-free cosmetics and vegan-friendly clothing.

It will return in August 2019 for its second year, and include a varied programme of live entertainment, chef demonstrations and educational speakers, alongside the range of food and drink on offer.