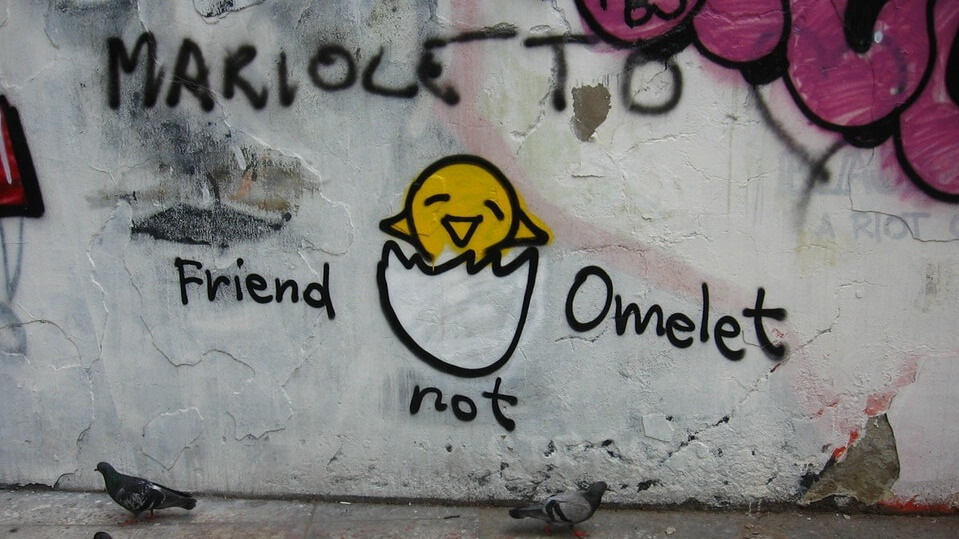 Do vegan campaigns work to spread a compassionate message? So far, there are no definitive studies that analyze the effectiveness of vegan campaigns in creating change. However, Veganuary, a UK-based charity that encourages people to try veganism for the month of January and throughout the year, could provide some insight into what makes a successful campaign.

success in the U.K.

Launched in 2014, the Veganuary website provides curious individuals with vegan recipes, resources, and motivation. According to the organization, the number of sign-ups for the campaign has roughly doubled each year since its conception.

In 2014, a mere 3,300 signed up to try a plant-based diet. But in 2018, the charity reported that a record-breaking 168,542 took part. The BBC picked up on the campaign’s wild success, and last February, it credited Veganuary for the nation’s surge in vegans. Recent research backs this claim: veganism has risen by 700 percent between 2015-2017, now representing 7 percent of the British population.

Riding on a successful four years of promoting veganism throughout the country, last July, Veganuary announced it is aiming for global expansion. The majority of the campaign’s participants reside in English-speaking countries, but through crowdfunding, campaign organizers hope to hire new staff and launch new websites in languages for people across the globe. An emphasis will be put on countries where meat consumption is highest, such as China, Brazil, and India and each country’s campaign website will feature plant-based recipes for traditional cultural dishes.

Additionally, Veganuary organizers will take care to address which approach works in each nation. “We want to embrace cultural differences and make sure that we’re talking to people in a way that is relevant for them. What works well in Australia might not work quite so well in Portugal, and vice versa,” the crowdfunding page states.

In Hong Kong, Green Mondays, the leading vegan campaign and social venture group in Asia, has steadily worked to increase the number of plant-based options available to the community.

Established in 2012 by founder David Yeung, who also created the Hong Kong-based vegan market and restaurant chain Green Common, Green Mondays has played a large role in giving increased visibility to both local and international brands, including food tech company JUST and plant-based meat brand, Beyond Meat. So far, the vegan Beyond Burger is a huge success with meat-eating Hong Kong consumers, whose appetites for the realistic “bleeding” patty have led sales to quadruple in just one year.

The growing interest in vegan food within Hong Kong has also allowed for the emergence of domestic brands that specialize in creating plant-based products. Last April, Yeung launched the vegan meat brand Right Treat. Its premier product, Omnipork, a high-protein vegan pork made from a proprietary blend of pea, soy, shiitake mushroom, and rice, caters to the Asian community, where pork is the most popular meat. Green Common has also launched The Kind Kitchen, a Nan Fun Place-based venue that will serve as a location for events, vegan product launches, and plant-based cooking demonstrations.

Founder of Green Monday David recently spoke at “The Future of Food” on the global food revolution and plant-based movement. To reduce our environmental impact on the planet, going for plant-based diets is one of the most effective ways as the livestock industry is the major contributor to climate change. Together let’s ‘Make Change Happen • Make Green Common’! #FutureOfFood#GoGreen#GreenMonday#PlantBased#PlantBasedDiet#Livestock#LivestockIndustry#FactoryFarming#AnimalWelfare#health#planet#environment#sustainable#Sustainability#SustainableLiving#vegetarian#vegan

International animal rights nonprofit PETA (People for the Ethical Treatment of Animals) is perhaps best-known for its use of confrontational ads in order to secure better rights for animals. In an article discussing the backlash against a series of non-graphic vegan ads launched in the Toronto subway system, author Jessica Scott-Reid gives a brief overview of PETA’s successes.

In February 1993, American automobile manufacturer General Motors ceased the use of live animals in crash tests in response to public pressure from PETA. And in February 1994, American fashion designer Calvin Klein banned fur after reflecting on “the humane treatment of animals.” Additionally, major fast-food chain McDonald’s committed to more “humane” slaughter methods for chickens after years of campaigning.

“If PETA can influence change in these mega-brands, there is no doubt it can get Toronto subway commuters thinking,” Scott-Reid wrote.

Further, combined with nonprofit campaigns, recent insight into the adverse effects that animal agriculture can have on people’s health and the planet has led many to at least consciously reduce their consumption of animal products.