The new vegan flavor is part of its Asian Street Style range; it’s low in fat, sugar, and contains no cholesterol.

The Asian Street Style range helps consumers explore flavors from across the globe.

Lena Portchmouth — Senior Brand Manager for Snacking at Unilever UK — told FemaleFirst that the company has witnessed an increased demand for healthier options. She added that the Street Style range helps customers explore flavors from across the globe with a convenient, on-the-go snack food. 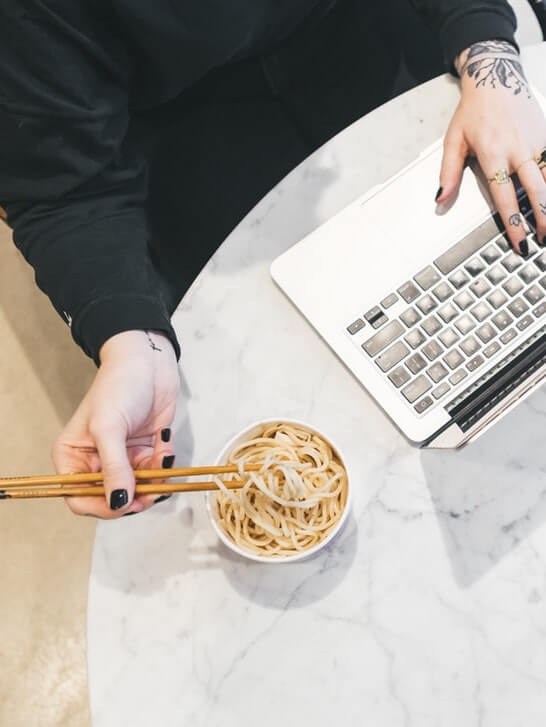 Many flavors of instant noodles are vegan

To the delight of snackers everywhere, many cup noodle flavors are vegan. Earlier this year it was reported that a pizzeria in North Wales called Johnny Dough’s had launched a range of Pot Noodle pizzas. Two of them were available vegan: the Bombay Badboy and Beef and Tomato.

The pizzas were topped with actual heaps of instant ramen as well as local produce. “It’s just a bit of fun really. Everyone knows what a Pot Noodle is – if you don’t like them then you’re screwed – but honestly, they’re really good,” Morgan Austin, owner of Johnny Dough’s, said at the time.

“We’ve not just dumped a Pot Noodle on a pizza base. [There are] additional ingredients to complement the flavour and we serve them with soy sauce too,” he said. The pizzas featured dairy-free cheese and ingredients like vegan coconut cream, plant-based Quorn mince, Sriracha sauce, and hot and sour soaked tofu.

Austin added that the combination “really works” and that it “sure beats a Pot Noodle butty.” The creations received an “overwhelmingly positive” response.

The rave about ramen doesn’t stop there. Earlier this year, Nissin instant ramen brand Cup Noodles created the ultimate Valentine’s Day gift: bouquets of vegan Cup Noodles. The bouquet included seven Cup Noodles gathered together like flowers, wrapped in florist paper, and tied with a ribbon that looked like a noodle. Customers were able to choose the flavor of noodle used and if they chose soy, the snack-centered gift was vegan.