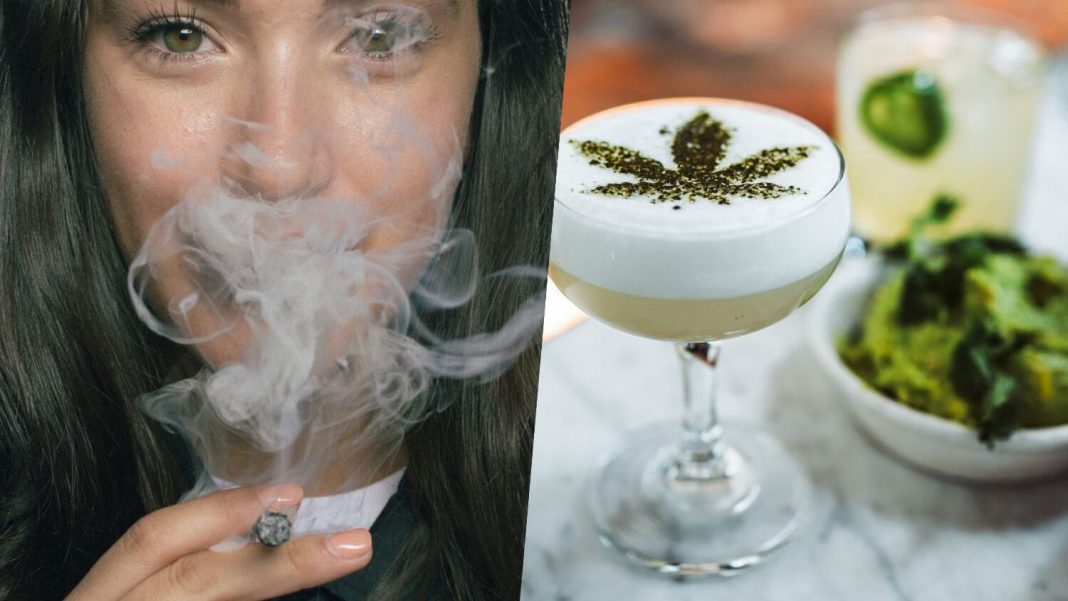 A group of hemp-enthusiasts gathered in Westminster, Colorado, recently to celebrate Thanksgiving. The dinner party featured several courses of vegan food and all of it was infused with hemp and CBD.

The event, hosted by Green House Healthy, brought together those wanting to take part in a “celebration of community and healthy hemp,” according to the event’s Facebook page.

Private vegan chef Sonja Miltner prepared the food. “For vegans and non vegans alike, these mouthwatering plant based dishes will showcase the versatility of several hemp foods, accented by local farm fresh fruits and vegetables, for a one of a kind dinner experience!” the event page read.

The evening featured a number of dishes, from the light and fresh to the hearty and filling. A generous plate of sliced vegetables served with Eat More Hemp‘s hummus, made from white beans and rosemary, welcomed guests. Diners enjoyed green bean casserole, which featured Hemp Sausage from vegan brand Truthfull Bites, as well as Seitan roast stuffed with mushrooms, leeks, and Hemp Way Foods‘ vegan burger crumbles. For slathering over the roast (and anything else), gravy was available, made with hemp chorizo.

And to round off the evening, pumpkin cranberry cupcakes with cream “cheese” frosting and maple cinnamon hemp sprinkles for dessert, along with CBD-infused coffee.

Melanie Rose Rodgers, founder of Influential X, an organization that advocates for plant medicine, attend the event as a speaker. Rodgers stands by the “innovation, patient testimony, and overall economic and cultural growth” of the medical cannabis industry.

CBD has seen increasing popularity in recent times, largely due to its perceived health benefits and calming effects. Last month, vegan restaurant chain by CHLOE launched its own range of CBD-infused snacks and sweets, called “Feelz.” It includes brownies, cookie sandwiches, and cupcakes that are available in select locations in the U.S. and in the UK.

In August, the world’s first vegan cannabis-infused frozen yogurt arrived in London, at Yogland. The company describes CBD as “nature’s superpower,” adding that CBD oil is “known to have far-reaching positive health benefits.”