The Prada Group, which owns Prada and Miu Miu among other brands, has banned kangaroo leather.

The group confirmed to Italian animal rights organization LAV that it “no longer plans to purchase new kangaroo leathers.” It also confirmed that it has not used the material in its collections for more than a year.

Last year, the Prada Group also banned fur. The move followed “positive dialogue” with LAV, as well as the Humane Society of the United States.

At the time, Prada’s head designer Miuccia Prada said that the Prada Group is “committed to innovation and sustainability.”

They added: “Focusing on innovative materials will allow the company to explore new boundaries of creative design while meeting the demand for ethical products.” 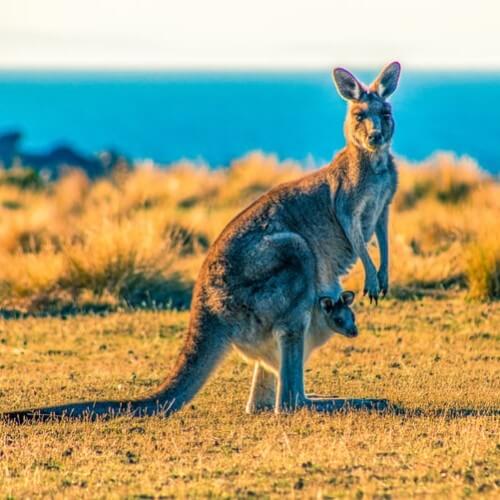 A number of luxury brands have banned kangaroo leather, including Paul Smith and Versace. Both brands pledged to no longer use the material earlier this year.

LAV spokesperson Simone Pavesi said in a statement at the time: “We welcome this as a sign of responsibility. Today more than ever. The fires that are devastating Australia add to the massacres of hunting, with dramatic consequences for the kangaroo population.”

They added: “This is a real environmental catastrophe that risks erasing many animal species from the face of the Earth.”

Many brands opt for kangaroo leather, often referred to as k-leather, because it’s lighter than other leathers but still durable and strong. In 2018, 1.8 million kangaroos and wallabies were killed for commercial purposes.

More brands are moving away from animal-based materials. In May, Mulberry revealed it would no longer use exotic leathers, like crocodile and alligator skins, in its designs.

Rosie Wollacott, Mulberry’s Group Sustainability Manager, said in a statement: “We have spent a lot of time determining and then continually reviewing our sustainability metrics and targets. At an early stage of this process, we decided not to use exotics in our collections.”