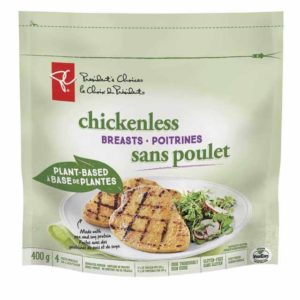 The Great White North has warmed up to vegan food over the past few years. Fifty-three percent of Canadians eat meatless meat and 18 percent claiming they do so a few times a week, according to Mintel data. Two in five believe that vegan meat is healthier than the traditional animal-based variety.

Further data shows that the Canadian market is “ripe for innovation,” as it accounted for only 1.4 percent of vegan meat launches in 2017.

“In an effort to reach those consumers that are less open to eating meat alternatives, brands should focus on traditional product categories like burgers and poultry as an easy entry point, and a means to expand the category into areas such as hot dogs and deli meats,” said Joel Gregoire, associate director of Canada Food and Drink Reports at Mintel.

Narcity reports that the beefy Undeniable Burger is made from pea protein and contains 20 grams of plant-based protein, similar to the “bleeding” Beyond Burger available at A&W Canada locations.

Late last year, the Canadian government invested $153 million in Protein Industries Canada, a supercluster based in the nation’s Prairies that will help “satisfy growing markets in North America and Europe for plant-based meat alternatives and new food products.” Pea protein is one of the crops the initiative will focus on. Alberta, Saskatchewan, and Manitoba are already global leaders in the production of high-protein pulses. The nation aims to become a global leader in the plant-based protein market.

“Meat alternatives that are indistinguishable from ‘real meat’ stand the best chance of realizing the category’s potential,” Gregoire continued.

The vegan burgers, cheesecake, and cashew dips will be available wherever President’s Choice products are sold, including Loblaws, Real Canadian Superstore, and No Frills. The rest of the range will launch in mid-June.