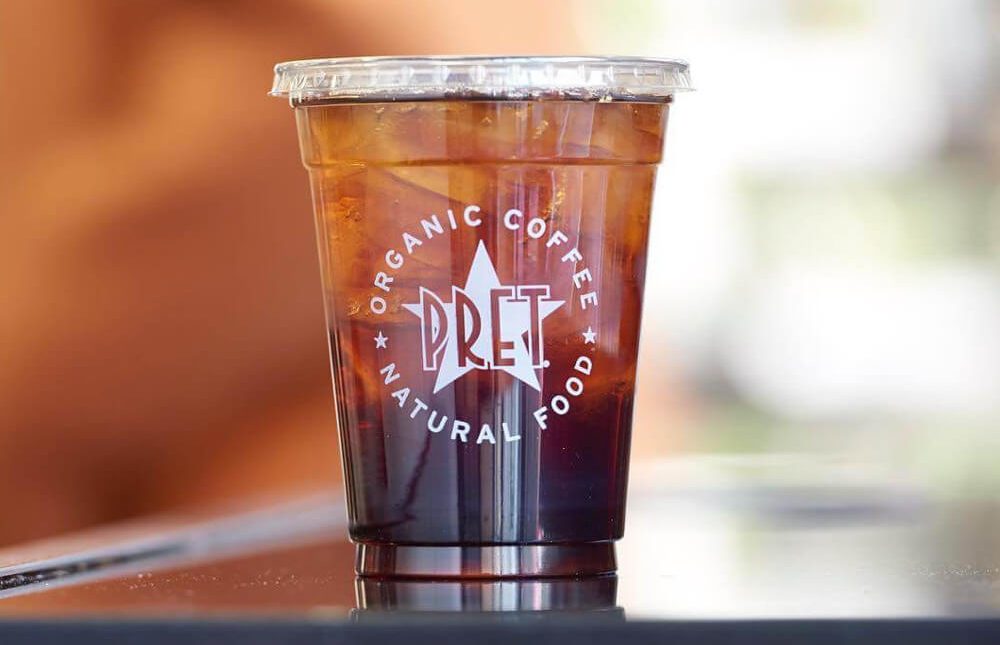 International grab-and-go vegan-friendly food chain, Pret A Manger, is taking measures to do its part in protecting the world’s oceans by pledging to reduce its use of plastic.

In a tweet earlier this week, the company wrote: “We’re pledging to reduce, reuse and recycle as much plastic as possible. We’ll keep you updated along the way…”

The accompanying graphic detailed that as part of its initiative, Pret plans to convert to 100 percent recyclable, reusable, or compostable plastic, eliminate all “unnecessary” single-use plastic, and help its customers recycle in shops. While the company has not announced any changes to its plastic packaging as of right now, it plans to have all three steps complete by 2025.

Ocean plastic pollution is known to be one of the greatest man-made problems of our time. According to the Ocean Conservancy, every year eight million metric tons of plastic enter our oceans on top of the 150 million metric tons that already exist. In simpler terms, it’s akin to dumping a New York City garbage truck full of plastic into the ocean every 60 seconds. Another perspective comes from a United Nations Environment Programme-led campaign that revealed that microplastics now outnumber stars in the Milky Way Galaxy.

We’re pledging to reduce, reuse and recycle as much plastic as possible. We’ll keep you updated along the way… pic.twitter.com/XOMY2HKWAv

Though convenient, plastics have a dire effect on ocean dwellers. It is estimated that around 700 marine species are directly impacted by ocean plastic pollution. Plastic has been detected in 60 percent of seabird species and 100 percent of sea turtle species, both of which easily mistake floating plastic for food.

Pret’s decision to reduce, reuse, and recycle plastic will likely have a positive effect on the ocean, as other initiatives have. England, for example, experienced an 80 percent drop in plastic bag use following its decision to add a 5p surcharge to single-use bags. Researchers also found 30 percent fewer plastic bags in the oceans surrounding the UK after the tax. Soon, a single-use straw ban will be in effect at all restaurants across the nation.

With plenty of vegan items on the menu and announcing its plan to cut back on plastic use, it appears that Pret is making a conscious effort to do right by the planet. By replacing single-use plastics with reusable objects such as totes, metal straws, reusable water bottles, travel cutlery, and coffee mugs, an individual can reduce their yearly plastic consumption.