Pret a Manger just made its biggest menu change in 33 years. The sandwich shop chain is gearing toward vegan and vegetarian food.

The high street coffee shop has announced it will introduce 20 new products next week to keep up with changing consumer preference. Most of the new options are vegan. Nearly half (eight) of them are plant-based, six are vegetarian, and six contain meat. 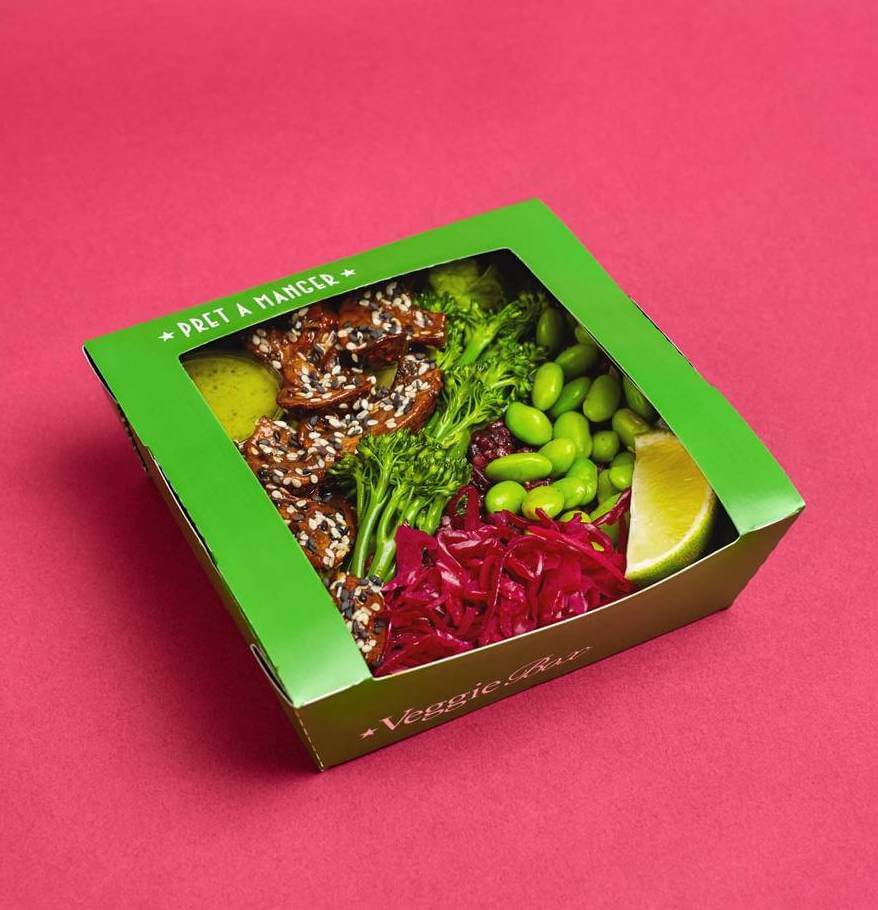 A Humous & Chipotle Wrap and hand-smashed avocado on gluten-free bread (which is the first time Pret has offered bread without gluten) will also be available.

Pret’s Head of Food Development, Hannah Dolan, said in a statement, “We’re so excited to launch our colourful new spring menu, our biggest change in our history, which is a result of listening to what our customers want.”

“Our team of chefs have taken inspiration from all over the world for this new menu and have worked incredibly hard to perfect each and every ingredient,” she said. “From flavoursome roasted mushrooms, to our own gluten-free bread, which we honestly believe is one of the best out there right now.”

Pret is no stranger to vegan food. Following an “overwhelming” response to meat-free food, the sandwich chain began opening up Veggie Prets; stores that only sell vegetarian food. It currently has four Veggie Pret locations but continues to boast an “ever-growing veggie menu” in all of its shops, Pret says on its website.

Continuing its compassionate efforts, last year, Pret announced plans to eliminate single-use plastic from its stores to improve its impact on the planet. In February, it was reported that Pret was opening a house for people who are homeless. The initiative offers accommodation, employment, and assistance in opening a bank account, saving for a deposit, and developing literacy and computer skills.