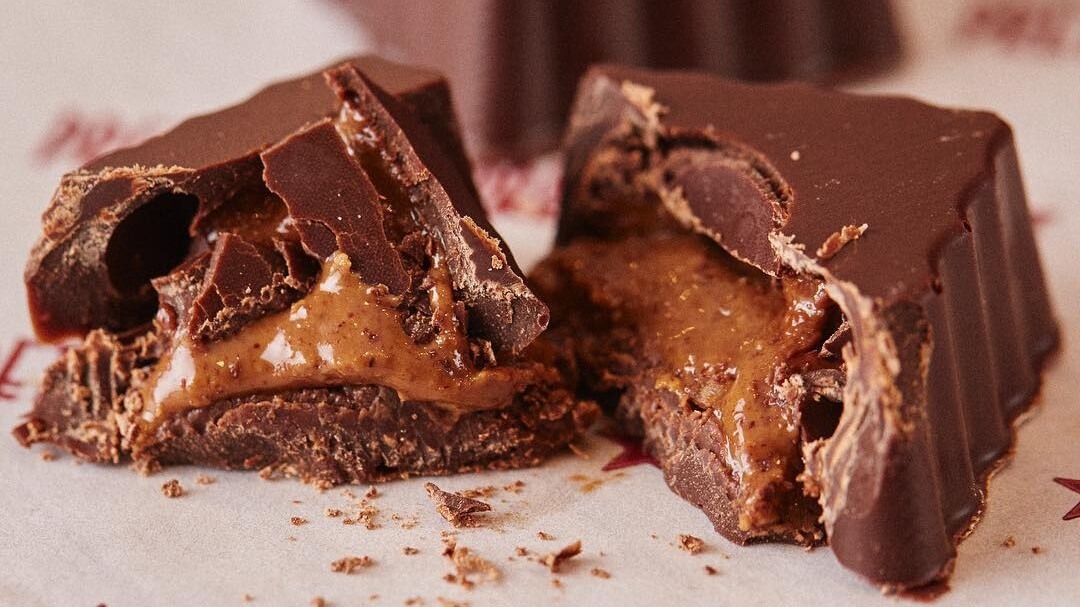 Pret A Manger, an international grab-and-go chain founded in the UK, just released its new autumn menu, featuring several vegan options. The soup, sandwich, and coffee shop has introduced vegan options in the past, and its latest additions confirm the appeal.

Dessert first. The most vegan-friendly seasonal offerings are actually on the sweet side. The three new plant-based sweets include Almond Butter Bites, Dark Chocolate Salted Almonds, and a coconut yogurt and mango bowl topped with granola. The classic pumpkin spiced latte is also something to look forward to, which can be veganized when ordered with soy or rice-coconut milk.

Vegan options on the Pret A Manger standard menu will also remain, like the macaroon-esque Chocolately Coconut Bite. Those in search for a plant-based meal can also find comfort in the convenience of the shop’s takeaway savory items. Meal boxes include a hearty Falafel & Tumeric Cauliflower option, as well as an entree-worthy Mediterranean Mezze Salad. Soups like the vegan Moroccan Lentil can be paired with the Falafel & Hummus Wrap. Breakfast options, from bagels to avocado toast, are also available.

Fancy something sweet? Here’s a super simple (and dairy free) recipe for our Chocolatey Coconut Bite ? ~ Ingredients: 100g Desiccated Coconut 3 ½ tbsp Carob Syrup 2 tbsp Coconut Oil ½ tsp Vanilla Extract ⅛ tsp Salt ~ Coating: .85g Dark Chocolate (vegan) 1 tsp Coconut Oil ~ Method 1. Combine the desiccated coconut, carob syrup, coconut oil, vanilla and salt in a food processor and blitz until well blended. 2. Line a 20cm square tin with greaseproof paper and pour in the blended mixture. Press down firmly with the back of a spatula until fully compressed then place in the freezer until firm. 3. Break the chocolate into a glass bowl over a simmering pan of water (don’t let the bowl touch the water) and heat gently until melted. Add the coconut oil and mix thoroughly. 4. Take the coconut bar out of the freezer and cut into small rectangular bites and dip into the chocolate until fully coated. 5. Place on greaseproof paper and allow to set for a couple of hours.

On the snack side, many of the Pret Pots, including the berry-infused overnight oats and the Falafel & Beet Hummus pots are vegan-friendly. The shops also serve fresh fruit, bars, chips, and individual popcorn packs. The espresso drinks can also be made vegan by substituting plant milk for dairy milk.

Plant-based menus are increasing in mainstream restaurants and chains throughout the world. In New Zealand and Australia, Subway introduced a vegan falafel sandwich. The vegan trend is also strong with international pizza chains. Both Domino’s and Pizza Hut have included vegan cheese on their menus in several countries including Australia, New Zealand, The Netherlands, Belgium, and the UK. Even upscale restaurants like London’s Bob Bob Ricard have updated their menus to reflect the plant-based shift in their patron’s preferences.

Executive Chef and “MasterChef Professionals” contestant Kim Woodward has noticed the uptick of vegan consumers and recently came to the realization that high-quality vegan options, particularly in London, are a “must have” for restaurants to succeed.