(Updated January 30, 2020) Pret’s new vegan croissants are a hit. The chain added them to the menu at the beginning of the year.

The popular UK high street coffee chain is known for its croissants and sells around 20 million every year. Earlier this month, it took the leap and launched its first-ever dairy-free version of the flaky pastry. The new vegan Very Berry Croissant is currently selling more than double the amount per day than the non-vegan version it replaced.

“[It shows] there is a growing number of customers looking for vegan alternatives,” a spokesperson for Pret said in a statement.

Instead of butter, Pret created the Very Berry Croissant with margarine and sunflower oil. Inside there is berry jam and the outside of the pastry is dusted with sugar.

Pret is aware of the rising demand for more vegan options. In 2019, it created plant-based versions of some of its most popular sandwiches. The vegan tuna baguette, BLT, egg mayo, and hoisin duck wrap were added to the menu in its four Veggie Pret locations last year. 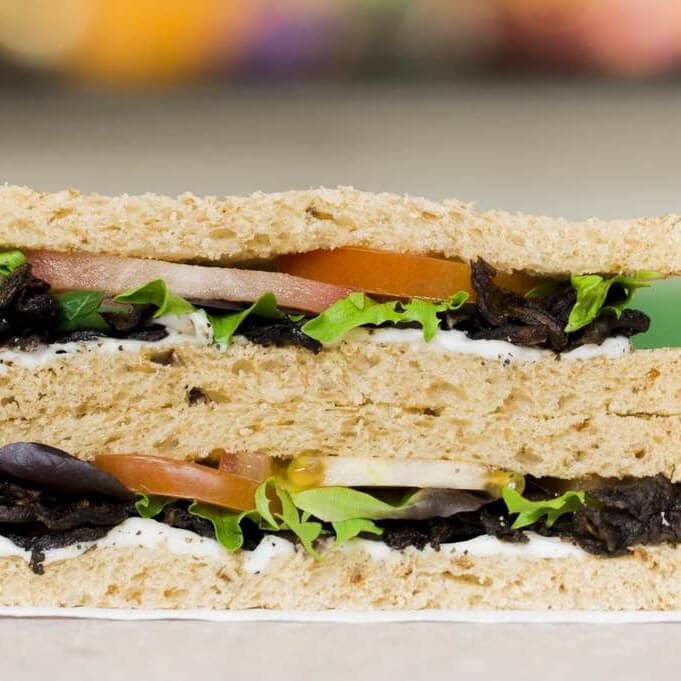 On its mainstream Pret menu, the chain also offers vegan options, including the Avo, Olives, & Toms baguette. But customers want more, according to Dolan.

She said in a recent statement, “over the past couple of years, we’ve worked hard to introduce new vegan and veggie options. We knew from talking to our customers that it was time to bring more choices to the breakfast menu.”

“The Very Berry Croissant is just the beginning,” she added. “We are looking forward to sharing more plant-based innovations with customers in 2020.”

Vegan croissants are a popular choice in the UK. Italian-inspired restaurant chain Carluccio’s added the Croissant Vegano and the Saccottini al Cioccolato (similar to a pain au chocolat) to its menu last year.

Sainsbury’s and Waitrose sell vegan croissants and AMT Coffee—which has locations in train stations, hospitals, and airports—also added them to the menu last July.