Ordering a vegan latte at Pret A Manger, also known as Pret, no longer comes with a surcharge. The sandwich shop chain now offers plant-based milk for free.

Oat milk is an increasingly popular choice among baristas due to the way it foams in a manner similar to traditional dairy milk. According to Nielsen data, oat milk sales increased 636 percent in the 52 weeks ending October 26. 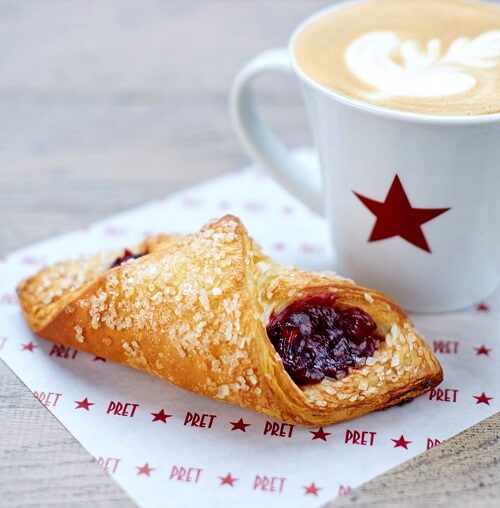 You can now get vegan oat lattes at Pret. | Pret A Manger

Earlier this month, Pret also introduced vegan berry croissants, made with margarine and sunflower oil instead of butter. According to Hannah Dolan, Pret’s global head of food innovation, the chain has been working to introduce more vegan and veggie options in response to consumer demand.

More vegan options are on the way. “The Very Berry Croissant is just the beginning. We are looking forward to sharing more plant-based innovations with customers in 2020,” Dolan said in a statement.

Earlier this month, Veggie Pret, a meat-free spin-off chain that first opened in 2016, introduced vegan versions of the most popular sandwiches and wraps. The launch included a vegan tuna baguette, a BLT, an egg mayo baguette, and a hoisin duck wrap.

“Veggie Pret is a space where we’ve had a great opportunity to experiment with vegan and veggie food. It’s our mission to make it easier for customers to eat less meat,” Dolan said in a statement. She added, “So we challenged ourselves to recreate the delicious flavors and textures of our meaty bestsellers, using only vegan ingredients.”

On Instagram, the sandwich shop asked which options it should launch at Veggie Pret next. “Our chefs want to know what you’d like to see on our menu. Comment with your top choice – and don’t be shy, they like a challenge.” 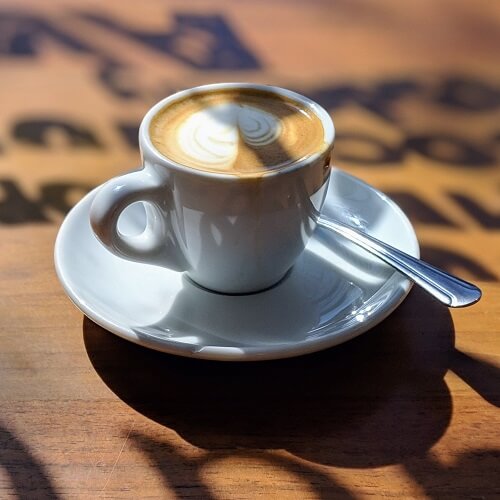 Why do cafes still charge extra for vegan milk?

Why Does Vegan Milk Cost Extra?

Pret’s surcharge for dairy-free milk wasn’t an anomaly. Whether you’re in Starbucks or an independent cafe, it’s typical for a soy milk latte to cost up to $.50 and $1.00 (sometimes, even $1.25) more than one made with dairy milk. Starbucks, which introduced soy milk in 2004, is still guilty of this. But, customers are pushing back. A petition from international animal rights group PETA (People for the Ethical Treatment of Animals) calling on Starbucks to drop the extra charge has accrued 183,210 signatures since launching last spring.

There was a point, before vegan milk accounted for 13 percent of all dairy sales, when the extra charge made sense. But, according to Tenderly author Britty Hamby, today the surcharge on vegan milk “doesn’t even correlate to the actual price difference between the two, which is generally around five cents per 12 ounce latte (based on quick research of national averages of costs of dairy and soy milk).” Tim Hortons, Stumptown Coffee Roasters, and Costa Coffee have all axed their surcharges.