HRH The Prince of Wales, better known as Prince Charles, just wants to eat cannellini beans and vegan soup, not chocolate, according to his recent sampling choices.

The prince just visited Natural Weigh, Wales’ first zero-waste organic food shop, as part of his tour of Crickhowell, a small Welsh town. During the visit, the highly influential figure turned down a chocolate tasting, noting, “It’s my darling wife [Camilla] who likes chocolate!” Instead, Charles opted to sample the organic cannellini beans – a plant-based food apparently fit for the Prince. He also accepted sips of vegan Sunshine Lemon and Pea soup made by a purveyor of the Corn Exchange, a community collective of small businesses. According to the media publication People, Prince Charles gave the soup top marks, exclaiming, “It’s seriously good!”

Prince Charles’ interest in sustainability has piqued as of late and the locals were thrilled to have the high-profile guest praise their goods.

“We’re very aware of the prince’s interest in regeneration and sustainable high streets and are delighted that he’s here today and decided to open it,” Tim Jones, a local spearheading the Corn Exchange project, told local news outlet Honey Nine. “It puts the icing on the cake for us.” 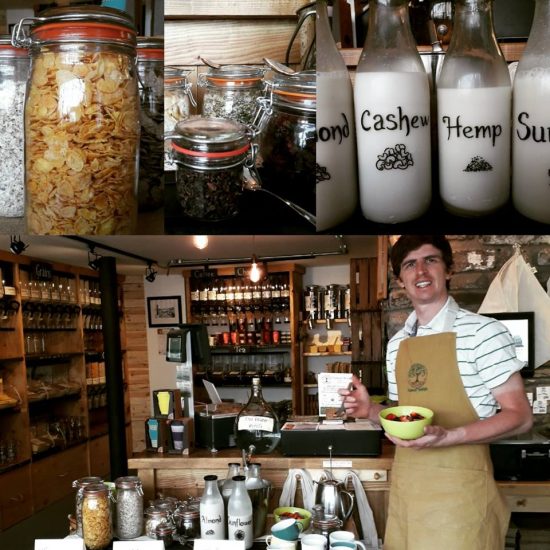 Princes Charles’ newfound love for vegan soup supports his increasing planet-positive interests. Although royal families across the globe are often associated with wealth, indulgence, and excessive expenditures, the British royal family has made considerable strides to dispel this misconception over recent years.

Prince Charles’ diet is not wholly animal-free, but sustainability has definitely factored into his radar. Last year, he launched an initiative to bring historical plant-based foods back into the food system. It was aimed to nudge farmers to move away from a modern reliance on unsustainable monocultures and claimed to be a viable solution for feeding the growing global population. “We must move beyond the ‘business as usual’ approach of relying on monocultures of major, well-known crops, and invest in agricultural diversity,” he said at the time.

Also last year, the royal took a stand against the plastic pollution epidemic affecting food production. “Plastic is on the menu,” Prince Charles bluntly stated, referring to microplastics being ingested by fish.

Prince Charles is not alone in his mission to leave a clean and green legacy. His mother, The Queen of England, took a massive step for marine life with a recent plastic ban within Royal establishments. Further, his son, Prince Harry, was “weaned off“ meat thanks to his newlywed wife, Meghan Markle. Harry also abstained from a traditional Boxing Day hunt last year in respect of Markle’s concern for animal welfare.