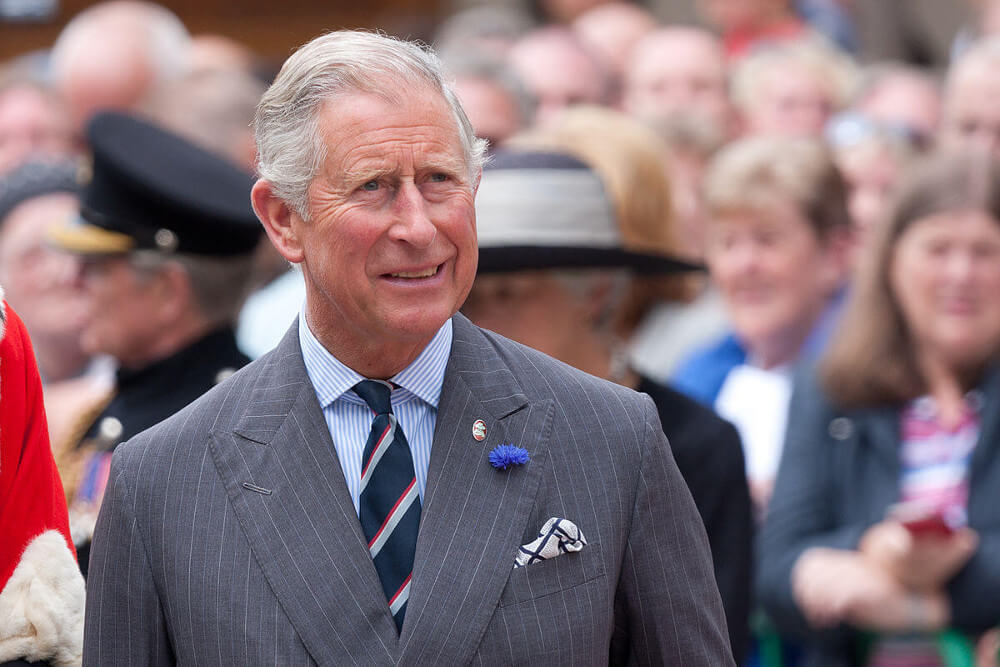 Prince Charles’ diet became a topic of concern during a recent trip to Greece when he was urged to go vegan by a group of activists.

As reported by The Belfast Telegraph, The Prince of Wales and Camilla, the Duchess of Cornwall, traveled to Greece in order to pay their respects to fallen soldiers at the Commonwealth War Graves in Athens. Charles and Camilla attended a short ceremony, where they and others observed a moment of silence before laying a wreath on a tomb. The prince also spoke briefly with a 101-year-old war veteran.

Prior to the couple’s departure, Prince Charles, vegetarian no longer, encountered a small vegan group, who had hung a banner from the balcony of a building that read: “Charles, go vegan! Compassion looks great on you.”

To begin the #RoyalVisitGreece, TRH are attending a service of remembrance at the Memorial to the Unknown Soldier in Syntagma Square, Athens.

The Memorial is dedicated to Greeks who have died fighting for their country. pic.twitter.com/lK5vYiqCHy

While he is not vegan, Prince Charles does have sustainability on his radar. Last year, the prince launched an initiative that aimed to bring long-forgotten, plant-based foods back into the food system in a bid to encourage farmers to move away from reliance on unsustainable monocultures and to feed the growing global populations. “We must move beyond the ‘business as usual’ approach of relying on monocultures of major, well-known crops, and invest in agricultural diversity.”

He said: “The nightmare result of eight million tonnes of plastic entering the ocean every year is set to get worse rather than better. We cannot, indeed, must not allow this situation to continue.”

The prince has also warned the public that “plastic is on the menu” in light of the evidence that the vast majority of the ocean’s fish are contaminated with plastic. Prince Charles acknowledged that the issue is entirely manmade, stating that the damage to the Great Barrier Reef and other marine ecosystems should be seen as a “serious wakeup call” to all nations.

Keeping in line with his values, the prince refused a single-use plastic straw for his coffee during the Athens trip.