Last week, Prince Charles launched an initiative to take the world into the future of farming, but the ideas behind it are routed well in the past. Alongside a Malaysian organization, Charles aims to look for long-forgotten grains, fruits, and vegetables to help solve the world food crisis.

Currently, the globe’s dependence on a small number of different crops to feed our ever-growing nations is causing a problem. As temperatures continue to rise around the world, farmers are finding it increasingly difficult to keep up with the demand for their crops.

Our farming systems are being enormously affected by the current climate crisis, however, simultaneously, the threat of global warming is being escalated every day thanks to the way we farm. Animal agriculture is thought to be one of the largest contributors of greenhouse gases into the atmosphere, so exploring new plant based options could be vital in saving the planet. On top of this, one-third of global cropland exists purely to produce animal feed for farmed animals.

Another major issue in farming today is a lack of agrobiodiversity. When we grow large quantities of one type of crop and ignore others, it opens up these crops to a vast number of diseases that could be spread quickly.

It’s predicted that there are 30,000 different species of plant available to humans to grow and consume, yet at the moment three of those species (wheat, maize, and rice) account for 50 percent of our plant based calories.

In a video announcing the initiative, Prince Charles stated that ‘We must move beyond the ‘business as usual’ approach of relying on monocultures of major, well-known crops, and invest in agricultural diversity.’ 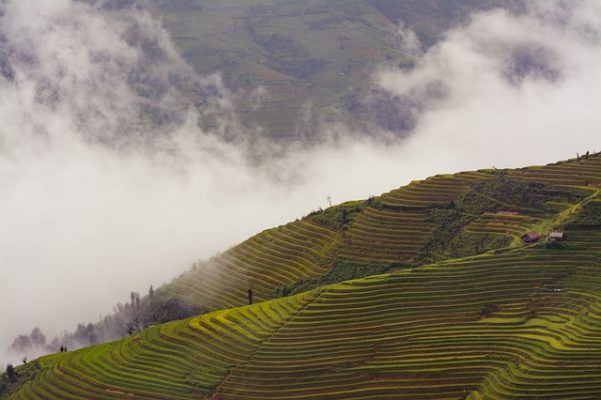 Alongside environmental concerns, Prince Charles also hopes to encourage people to eat more of these vegan foods to help feed our burgeoning population. By 2050, it’s predicted the world’s population will be just short of 10 billion.   Eating grains, fruits, and vegetables directly as opposed to using them for animal feed is a much more efficient way of using crops. In fact, calculations suggest that there are enough plant based calories grown every year to feed the entire world’s population an adequate diet.

Charles and the Malaysian organization Crops For the Future are hoping to bring back foods such as pigweed (otherwise known as amaranth), an ancient grain the Aztecs used to eat and dragon beans.