Per the Sun, on Fridays, students at Thomas’s Battersea dine on a vegetarian dish like paninis or macaroni and cheese. The daily meal includes a mid-morning snack, soup and bread, a main course, and pudding. Fridays need not be the only meat-free day: the school has a vegan protein option on offer every day.

A source revealed that meals are prepared by “first-class chefs.” The menu changes every three weeks and more substantial dishes are served in the winter. The source added that fruits and vegetables—sourced daily—are served as snacks. 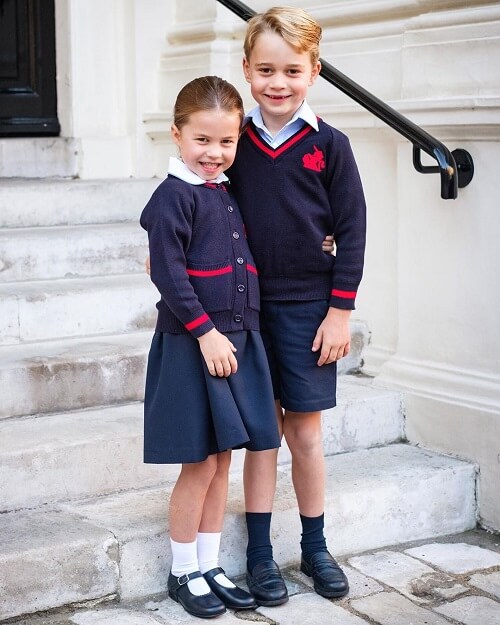 Thomas’s Battersea isn’t alone in going meat-free once a week. Some schools have nixed meat altogether. The Swan School in Oxford, which opened last September, has a vegetarian canteen. Students are served meals like frittata, lentil lasagne, and Quorn sausage.

Headteacher Kay Wood explained that there are three reasons why the school serves no meat: “Firstly, it allows us to serve better quality meals for the same money. Secondly, there are huge environmental and sustainability benefits. Most importantly, it allows students of all faiths and different dietary requirements to eat together.”

Some members of the Royal Family are also dining meat-free. Princess Beatrice celebrated her 31st birthday with a vegan dinner party. Meghan Markle, the Duchess of Sussex, said in a 2016 interview with Best Health that she tries “to eat vegan during the week and then have a little bit more flexibility with what I dig into on the weekends. But at the same time, it’s all about balance.”

Others aim to bring attention to the climate crisis. Prince William, the Duke of Cambridge and father to Prince George and Princess Charlotte, recently announced the Earthshot Prize, a contest that seeks “answers to the biggest issues currently facing the planet, including: climate and energy, nature and biodiversity, oceans, air pollution, and fresh water.”

Earthshot will announce several challenges at “special events” across the globe with the hope of providing 50 solutions to curbing climate change by 2030.