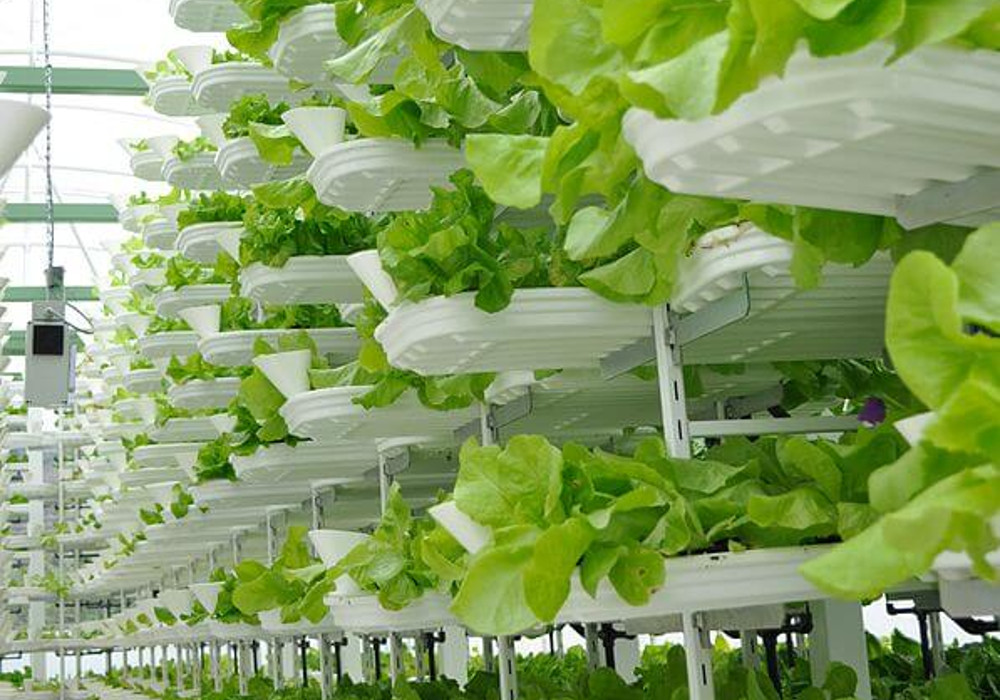 The collaboration with Princeton is an extension of the school’s already-existing outdoor garden beds and six vertical hydroponics. As part of the new initiative, fifth-grade teacher Helen Corvelyn, who oversees the school’s gardens, will work closely with Princeton Vertical Farming Project founder and director Dr. Paul Gauthier. The program will occupy a full classroom and will allow grades preschool through fifth grade to have on-hands experience with operating a vertical, indoor farm at the elementary school.

“No child is too young to understand hydroponics,” said Corvelyn in a press release. “The bottom line is, kids love planting something they know they can eat! Creating an opportunity for sustainable gardening for the future at a young age makes hydroponics not just a buzzword, but a way of life.”

Organic produce grown at the school’s hydroponic farm will be used for school lunches, reducing the school’s need to have food transported long distances. The school says that its ultimate goal is to feature only lettuce grown on campus at the school cafeteria. In addition to lettuce, the New Jersey vertical indoor farm will also grow organic vegetables and herbs that will also be featured on the lunch menu. The school already features an organic school lunch menu, which is in its third year and has seen a 50 percent increase in participation since its start.

“At Hopewell Elementary School, we are thrilled to expand the vertical farming initiative which reinforces our commitment to sustainability,” said Principal David Friedrich, whose passion for locally-sourced organic food has driven the new initiative. “As the first public school in New Jersey to offer an organic menu featuring homemade entrees, we will now be able to prepare more nutritious meals infused with our own vegetables and herbs grown and harvested by students.”

According to Gauthier, two of the challenges faced by the burgeoning technology are awareness and data sharing. Not only has the vertical farming project captivated both students in staff, it serves as an opportunity for Princeton University to learn about how vertical farming programs can be implemented and improved for future generations.