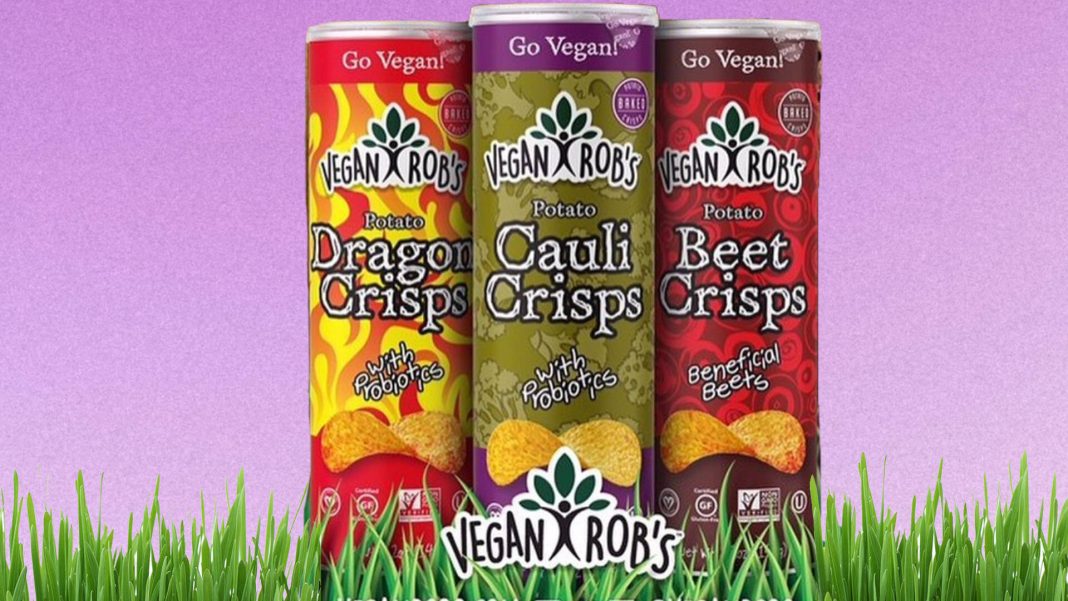 Vegan potato Pringle-style chips are on their way to store shelves but these ones aren’t what you’re used to. Vegan Rob’s potato chips include probiotics, meant to boost health.

The snacks are available in flavors Beet Crisps, Dragon Crisps, and Cauli Crisps and as well as looking like Pringles, are served in long cylinder cans. The top of the can is wrapped in text that says “Go Vegan!”

Entrepreneur Robert Ehrlich founded Rob’s Brand in 2015. He’s behind several of the most “iconic” snack brands including popular chips and puffs, but wanted to launch a new snack food brand focused on “nutrition and compassion,” the website explains.

His vision for the brand was to help people “Love yourself, our planet, and all living things.” He strived to “above all else, make a product that was delicious, healthy, and a whole lot of fun.”

The Pringle-style crisps are yet to be released but will likely offer a similar nutritional profile to Vegan Rob’s Probiotic Dragon Puffs, which contain coagulans GBI-30 6086, which improves protein absorption and utilization, according to research. Other research suggests the probiotic reduces exercise-induced muscle damage and helps to speed up recovery.

Vegan Rob’s isn’t the only company using probiotics in its vegan food products. Last month, leading UK supermarket chain Waitrose launched gut-healthy, dairy-free yogurts. The desserts – two of which are made with soya while another is made with coconut cream – are fermented with bacterial cultures and are fortified with calcium. They also boast vitamins like E, B2, D, D2, and B12.

In January, vegan and cruelty-free brand Pacifica launched a collection at Target that included drinkable probiotic powder that can be added to water, smoothies, and juice. The new collection includes four beauty powders containing vegan superfood ingredients like berry, pineapple, and green tea, meant to benefit the mind and body.