If you’re a fan of pulled pork but jackfruit just doesn’t cut your vegan mustard, Sainsbury’s has a new option for you, and it’s made from peas.

Made with fresh garden peas and protein, the chunks are ideal for adding to a wrap, stir fry, curry, or stew, says the brand. It notes that the Meditteranean Herb Chunky Pulled Peaz “come with thyme and rosemary and are the easiest way to add a large helping of protein to your delicious meal.”

Just one serving of the Chunky Pulled Peaz adds a “whopping” 19 grams of protein to your dish, says Instagram account Accidentally Vegan UK. It added that it also gives you the ideal answer for any of those “so where do you get your protein?” questions. 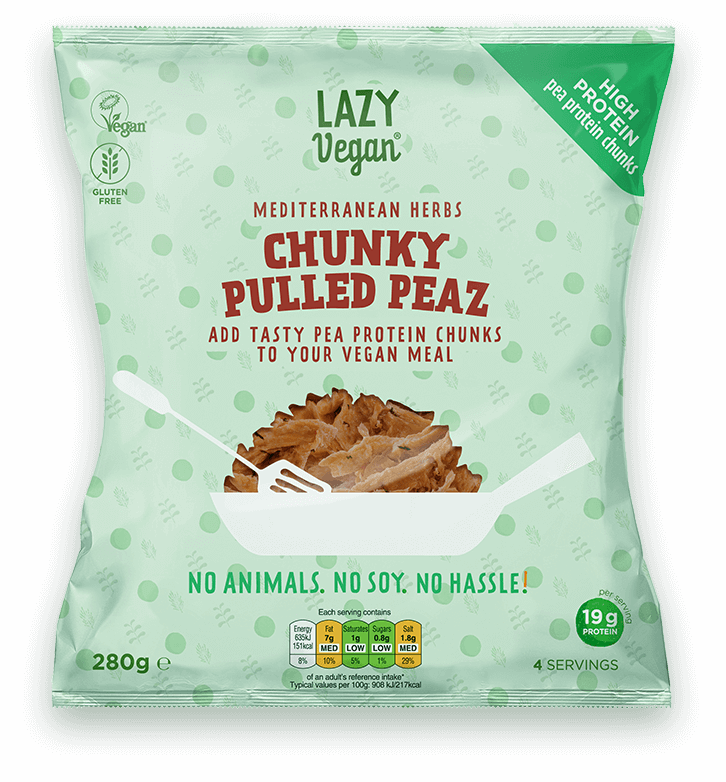 Available in Sainsbury’s in the UK and Marqt in the Netherlands, Lazy Vegan is on a mission to help busy people eat less meat.

“Lazy Vegans are kind,” says the brand. “They don’t harm animals, the planet or their own health. Lazy Vegans are chill, they make dinner in less than ten minutes and have time for the fun stuff.”

It continues, “Lazy Vegans are foodies, they enjoy great taste. In short, Lazy Vegans are pretty fun people to hang around with and now you can easily become one too.”

As well as Lazy Vegan, Sainsbury’s offers a wide range of animal-free products, including own brand pizzas, sausages called “Shroomdogs,” and ready meals.

The chain has seen a shift in consumer habits, confirmed by its recent survey which revealed that 91 percent of Brits now identify as flexitarian.

Rosie Bambaji, a plant-based buyer at Sainsbury’s, said in a statement, “we’re seeing increasing demand for plant-based products, and with the unstoppable rise of ‘flexitarianism’ in the UK, we are exploring further ways to make popular meat-free options more accessible.”