Proclaimed the vegan haven of the north west coast, Portland is known for it’s quirky food stalls and bars. Now the city is home to a vegan venture that could spread across the states, Portland presents the vegan push pop! Created by Emily Krause, founder of Dreamboat Coconut, these ice cream pops are a delicious combination of fruit, vegetables and coconut cream and the flavours available are far from boring. 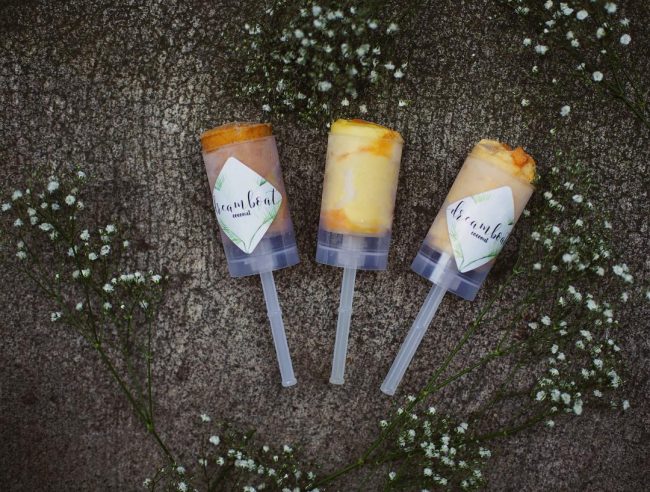 Krause began her Dreamboat Coconut by making coconut yoghurt. The product was a huge hit amongst local vegans, some of whom decided to try and freeze the creamy dairy alternative to make ice cream, however they had no luck. Krause took inspiration from her clients and attempted to make coconut ice cream herself, and thus the push pop was born!

Each pop contains around 70% fruit or vegetables and 30% coconut cream, although the flavour combinations are a far cry from the usual chocolate, strawberry and vanilla. Krause rotates the flavours weekly but can include buttered rum, carrot and spice and even flavours with ‘custard’ swirls made from tofu. Krause is always experimenting with new flavours that include a wide range of superfoods as well as herbs and spices. 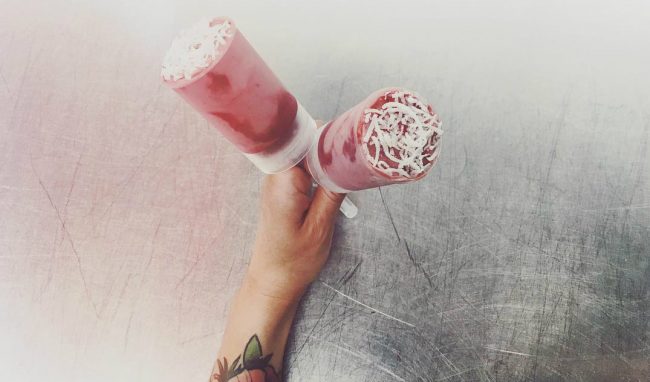 At the moment, Dreamboat Coconut are a pop up that appear at events across the city, such as farmers markets and even bars. The upcoming events that will feature these push pops are posted on the Dreamboat Coconut’s website. However, there is something more exciting in the pipeline for these frozen treats. Scout’s Beer will soon be the first to host a coin-operated Dreamboat Coconut vending machine, meaning you won’t have to wait until the next pop up to get your vegetable and coconut fix!

Krause has certainly managed to make a healthy treat fun with these push pops, let’s hope the wait for the vending machine won’t be too long!